Police have identified Toronto’s 17th homicide victim, who was killed Wednesday night in what’s believed to be a targeted stabbing in the city’s downtown PATH system, as Rae Cara Carrington.

Carrington, 51, of Toronto, was stabbed multiple times around 7 p.m. in the underground Commerce Court food court, in the area of King and Bay streets.

Officers found the victim suffering from apparent stab wounds and in life-threatening condition. First responders performed CPR on Carrington, but she was pronounced dead at the scene.

A male suspect was seen fleeing the concourse area in the city’s financial district on foot shortly after the attack. 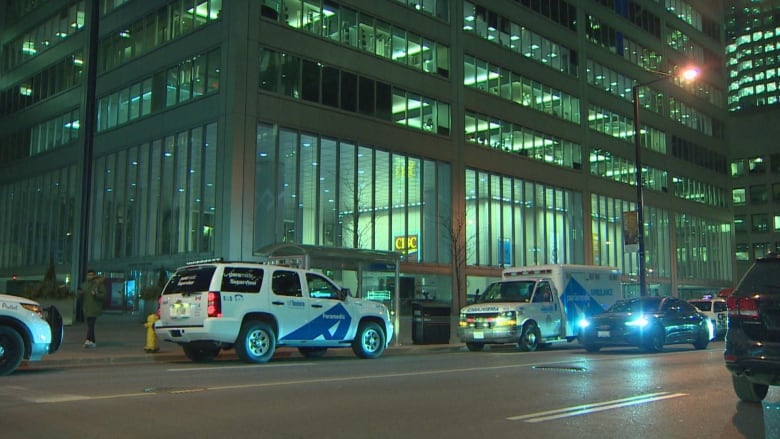 Police have characterized the incident as “brazen” and said they received several 911 calls reporting the stabbing because it happened in a “very populated area.”

Mohammed Shorofulieslam was preparing to close a nearby restaurant, Jimmy the Greek, when the stabbing occurred. He said he heard Carrington shout, “someone help me,” and then he saw people scatter and a flash of security guards run past.

Initially investigators told reporters that the victim was between the ages of 20 and 30. The next morning they said that she was in fact 51 years old.

The stabbing took place not far from where newlywed Rosemarie  Junor was fatally stabbed in a Shoppers Drug Mart in 2015 by a stranger, Rohinie Bisesar, who was found not criminally responsible late last year.

Suspect in his 20s

Homicide detectives are looking for a male suspect, believed to be in his 20s, in Wednesday’s attack.

He is described as white, 5’8″ with a slim to average build, dark-coloured hair and facial hair. He was last seen wearing a light-coloured ball cap, a black-coloured sweater with a hood and a white-coloured T-shirt underneath, along with dark-coloured pants and shoes.

It’s still unclear if the victim and suspect knew one another, police say.

Homicide detectives have yet to confirm if the woman worked in the food court. Fast Fresh Foods, a sandwich and salad shop in the underground area, remained cordoned off this morning for the investigation.

Anyone with information about the attack or suspect is asked to contact police.

‘The Bachelorette’: Hannah Brown Only Loves Two of the Men Left...

Confederation Line launch: Everything you need to know for opening day...