New Delhi: In the early hours of Tuesday,

In a “non-military”, “pre-emptive” air strike in Pakistan’s Balakot, the government said.

In a media briefing, Foreign Secretary Vijay Gokhale said that after the Pulwama attack, credible intelligence received received that

was trying suicide attacks in different parts of the country, and the fidayeen jihadis were being trained for this purpose.

On February 14, a CRFP convoy in Jammu and Kashmir’s Pulwama martyred 40 paramilitary personnel. 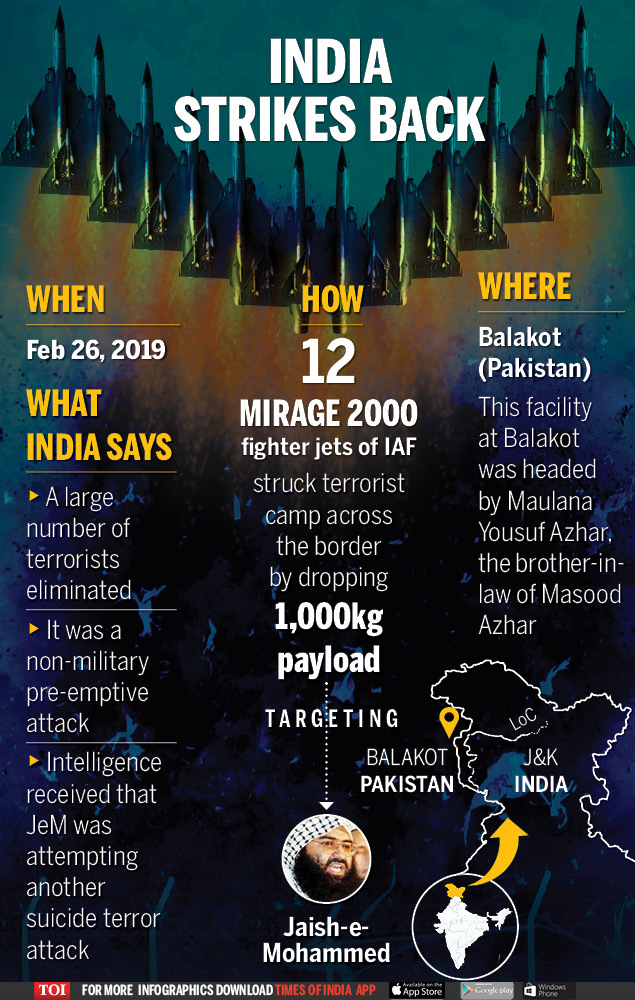 “In the face of imminent danger, a pre-emptive strike became absolutely necessary,” the foreign secretary said.

The terror camp, Gokhale said, was being led by the brother-in-law of JeM chief

The camp located in thick forest on a hilltop far away from civilian area was the largest training camp of JeM in Balakot.

“So this non-military pre-emptive action was targeted at the JeM Camp,” Gokhale said.

In the strike, “a very large number” of terrorists belonging to JeM, senior commanders and group of jihadis were eliminated The camp was being used to train terrorists for fidayeen attacks

The selection of the target was also conditioned with an aim to avoid civilian casualties, he said.

DMs to ensure that stranded migrants get food and shelter: MHA

India still in local transmission stage of Covid-19; rate of rise in cases slower than some developed countries: health ministry

Airbus’s A380 failure ripples through its rivalry with Boeing in complex...

Venezuela ex-spy chief fights extradition from Spain to US

Widespread avalanche warnings in effect for southern B.C. and Alberta |...