(Recognition and awards come your way automatically when you do well for the country),” Indian star wrestler

told Timesofindia.com in an exclusive interview from Russia, after being nominated for the highest sporting honour of the country – The Rajiv Gandhi

“I feel really proud to see my name alongside legends like Sushil bhai and Yogeshwar bhai who is my guru as well,” Bajrang said. “I wasn’t surprised to hear the news. I knew I was in contention (for the Khel Ratna). I have done well for my country in the last couple of years. I am happy and proud that the country has given me this honour.” the 25 year old wrestler told TimesofIndia.com.

“I have got the Arjuna Award and the Padma Shri in the past and that is all because of my hard work and medal-winning performances. I have got this (Khel Ratna) because of that also. I know my fans expect a lot from me and I have never disappointed them and will never do that,” he said.

Bajrang has two World Championships medals under his belt. He won a bronze medal in 2013 (60kg) in Budapest and then clinched a silver in 2018 (65kg) again in Budapest. 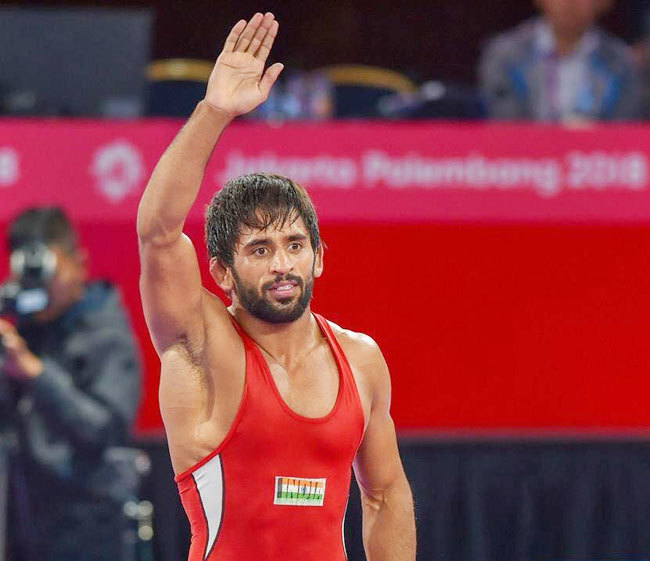 “I will try to give my best and grab an Olympic berth as soon as possible. I have a bronze and silver from previous editions of the World Championship. I hope I add a third medal to my name in the form of a gold,” the World number 1 wrestler in the 65kg category told TimesofIndia.com.

With the Tokyo Olympics scheduled for next year, Bajrang has been tagged as India’s best bet perhaps to become the first Indian wrestler to win an Olympic gold medal and only the second individual Indian athlete after Abhinav Bindra to clinch the top prize at the Olympics. That is thanks to his fantastic form over the last few years. From 2017 till now, Bajrang has won an Asian Championship gold and bronze, a Commonwealth Games gold, an Asian Games gold and a World Championship silver.

“I am training hard for that (to win an Olympic medal). We have silver and bronze medals in wrestling at the Olympics. Only gold is left to be won. We all had expectations from Yogeshwar bhai in 2012 to win an Olympic gold medal. Unfortunately he fell short of the mark. Now, fans expect the same from me. I hope I will be able to fulfill millions of dreams by winning an Olympic gold in 2020,” a confident Bajrang said.

Olympic bronze medallist Yogeshwar Dutt is Bajrang’s mentor. Yogeshwar made the ultimate sacrifice, deciding to quit wrestling to focus on mentoring Bajrang, who Yogeshwar feels can win an Olympic gold in 2020. And Bajrang knows just how important a role Yogeshwar plays in his life. 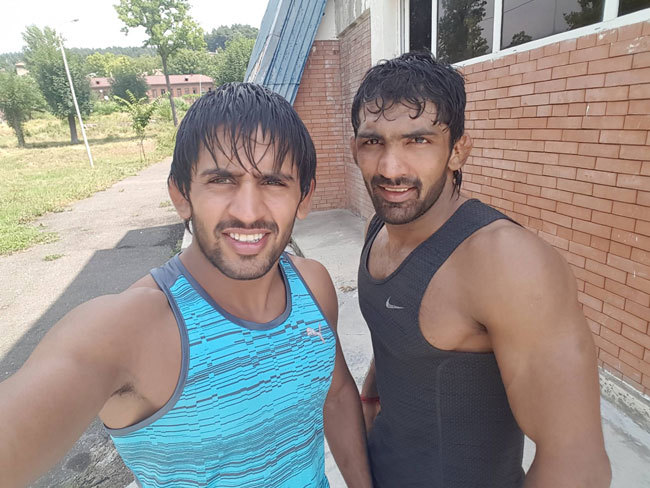 “He (Yogeshwar) is my guru and like an older brother as well. I have learnt a lot from him. Leaving wrestling was his sacrifice. He has done it for me and my wrestling career. He is preparing me for the Olympics. He gives me tips and motivates all the time,” Bajrang signed off.

US says preparing to sign deal with Taliban on February 29

Gwen Stefani Asks to ‘Cut the Cameras’ After Breaking Down in...

Could there be an early general election? – BBC News

Apple’s iCloud and store systems are down for some users –...