Valve has added a “Notify Me” button on its page, and clicking it takes you to portal where you can choose to be notified about the availability of various Index products and bundles. 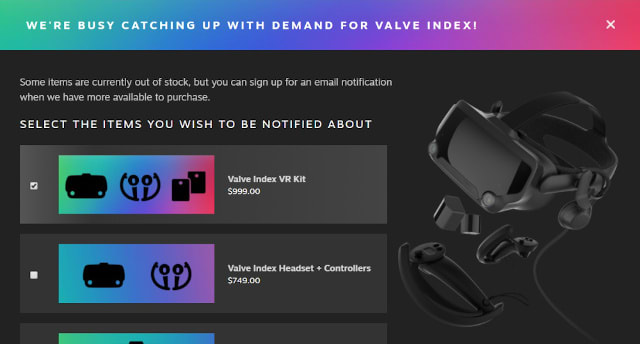 A spokesperson told RoadtoVR: “We are working hard to build more units and meet the high demand. We are targeting to be back in stock before Half-Life: Alyx ships.” The full-length VR entry to the company’s first-person shooter franchise is scheduled for release in March 2020. While it will work with other PC-compatible VR headsets, Valve promised that Index owners will get a copy for free.

OnePlus and McLaren have ended their phone partnership – Engadget