Musk’s company SpaceX is subject to a NASA safety review after he inhaled cannabis on the livestreamed “Joe Rogan Experience” podcast in September.

Now Bridenstine has commented publicly on the incident for the first time. He told a meeting of reporters: “I will tell you that was not helpful, and that did not inspire confidence, and the leaders of these organizations need to take that as an example of what to do when you lead an organization that’s going to launch American astronauts.”

Bridenstine said he personally ordered the safety review into suppliers SpaceX and Boeing, which was first revealed by The Washington Post. But he stressed that he wanted a review of their corporate culture before Musk smoked weed.

His decision was influenced by tragedies in NASA’s history, including the Apollo 1 fire in 1967, which killed three astronauts during a ground test, and the two Space Shuttle disasters in 1986 and 2003.

Read more: NASA is launching a safety review of SpaceX after Elon Musk smoked weed live on the internet

Bridenstine said a question that always comes up is whether the culture at NASA contributed to those accidents. “What was the culture of our contractors, and were there people that were raising a red flag that we didn’t listen to, and ultimately did that culture contribute to the failure and, in those cases, to disaster?” he said.

The Atlantic’s Marina Koren asked Bridenstine whether Musk smoking weed live online constituted a red flag. “I think those were not helpful,” he responded.

Bridenstine also said he’s had “a number of conversations” with Musk about his behavior. “I will tell you, he is as committed to safety as anybody, and he understands that that was not appropriate behavior, and you won’t be seeing that again,” he continued. 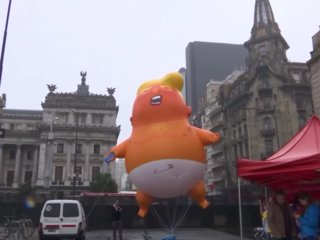 Is this the back of the Xbox Series X? – Engadget

John Roberts scolds legal teams after tense exchange: ‘Those addressing the Senate should remember where they are’ – CNN

Titanic builder Harland and Wolff sinks into insolvency – The Times