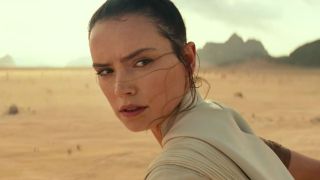 Original Star Wars Episode 9 director Colin Trevorrow has confirmed that his recent leaked script is indeed real – but has moved to clear up a major plot point in the wake of Duel of the Fates concept art hitting the internet.

Responding to a fan on Twitter who asked whether the Star Wars concept art – which includes Rey’s double-bladed lightsaber, as well as R2-D2 seemingly dying – was legit, Trevorrow said, “Yes, this is from Duel of the Fates,” but revealed that R2 didn’t meet his end here, despite the concept art appearing to be pretty definitive: “I’d never kill R2… he just took a bad hit. Happens to all of us.”

So, confirmation. Finally. The Duel of the Fates title. Palpatine’s message. Tor Valum. Kylo’s darker arc. It’s true. All of it.

While that won’t appease those who preferred Trevorrow’s vision to Star Wars: The Rise of Skywalker, fans can find some solace in the concept art that the director was referring to is now being available to look through.

The full gallery can be found on Imgur – and includes a greater look at some of the scenes outlined in the Duel of the Fates leak. Rey’s climactic duel with Kylo Ren is there, as is Kylo’s lightsaber battle with the spectral form of Darth Vader. In what would have been one particularly crowd-pleasing moment, the Force Ghost of Luke Skywalker even grabs Kylo’s lightsaber (no jokes, please) mid-swing.

We might not ever see more of this alternate version of Episode 9, but what we have seen will always make us wonder: what if?

Catch up on all things a galaxy far, far away with our complete Star Wars timeline

GamesRadar+’s Entertainment Writer. Lover of all things Nintendo, in a tortured love/hate relationship with Crystal Palace, and also possesses an unhealthy knowledge of The Simpsons (which is of no use at parties).

How this self-made billionaire built a pandemic-proof business – CNBC

Sexiest ‘Voice’ Battle ever: ‘I didn’t know if I was supposed keep watching or look away’ – Yahoo Entertainment

Sports Q: Would signing Kemba Walker be the right move for...

Chemical found in soap and toothpaste linked to osteoporosis in women...