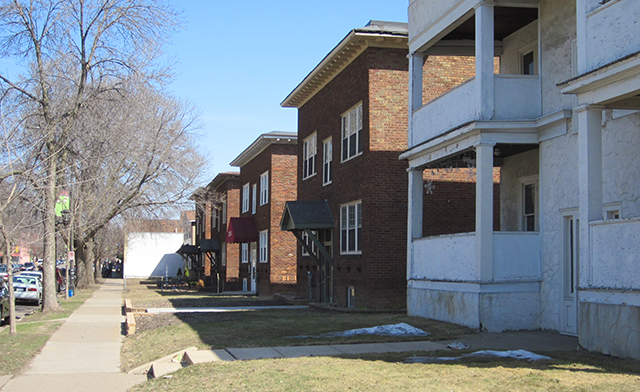 Renters a majority in St. Paul. The Pioneer Press’ Frederick Melo writes: “At St. Paul City Hall these days, the political conversation is increasingly focused on renters. … For starters, a coalition of anti-homelessness advocates, Heading Home Ramsey, has invited landlords and St. Paul City Council members to talk about one of the most uncomfortable topics they can broach together — evictions. … Their inaugural meetings have drawn dozens of landlords and a heavily engaged audience. … Council Member Rebecca Noecker, who represents downtown St. Paul and surrounding areas with high-rental populations, attended a session on Thursday evening at the George Latimer Central Library.”

The “Health” in UnitedHealth mostly refers to the share price. MPR’s Alisa Roth reports: “Max Tillitt’s parents thought they were close to saving him. … Their son had struggled for years with mental health problems and substance use, products of a violent hit during a junior year high school football practice that left him with a concussion and neck injury so bad he couldn’t play anymore. … It changed Max, creating behavioral problems that got him kicked out of school and mixed up with people who opened doors to marijuana, prescription painkillers and heroin. The young man who’d grown up looking out for others in need needed help. … When Max was 21, the Tillitts thought they found an answer, a treatment center where their son finally seemed to be recovering. And they had insurance to cover it — a UnitedHealth plan they thought would pay for Max’s treatment costs until doctors pronounced him well. … UnitedHealth, however, had its own methods to decide how much was enough.”

Spring is here. The Star Tribune’s Janet Moore report: “It may be a bit of a sodden re-entry, but the annual spring launch of Nice Ride Minnesota bikes began in Minneapolis on Monday, coinciding with Earth Day. … The Minneapolis-based nonprofit organization said earlier this year it expects to have more than 600 bike hubs for dockless blue bikes, docked green bikes and electric bikes located throughout the city this year. This is the ninth year bike-sharing has been available in Minneapolis.”

The big Klobuchar electability argument. The New York Times’ Lisa Lerer writes: “She doesn’t speak Norwegian. She never played bass in an emo-punk band. And she isn’t trying to lead a ‘political revolution.’ … But Senator Amy Klobuchar, Democrat of Minnesota, is making a rather traditional political bet. While primary voters might flirt with flashier presidential candidates, in the end, they will settle down with a steady Midwestern senator in 2020.”

Fueling many complaints, no doubt: “Signs foreshadow painful summer at the pump” [KARE]

Won’t the sails get caught up in the overhead wires? “Light Rail Trains To Run On Wind Energy On Earth Day” [WCCO]

Take note: “Prince’s memoir ‘The Beautiful Ones’ will finally be published this fall” [Star Tribune]

Get MinnPost’s top stories in your inbox

Here are the bills that passed, or died, when Parliament rose...

Mauricio Pochettino Was So Successful He Couldn’t Win – The New...

Aisling Bea’s This Way Up praised for depiction of mental health...