NEW DELHI: Equity indices dropped over 400 points on Friday, after the Reserve Bank of India (RBI) cut interest rate for the fifth time in a row to almost a decade low, with a view to revive economic growth that hit a 6-year low of 5 per cent.

Major losers in the sensex pack included Kotak Bank, ICICI Bank, Tata Motors, HDFC Bank, Tata Steel, LT, and SBI with their stocks sliding as much as 3.46 per cent. However, TCS, Infosys, ONGC, Tech Mahindra, NTPC, HCL Tech, Hero MotoCorp and IndusInd Bank were the gainers with their shares rising up to 1.03 per cent.

On NSE, except for Nifty IT, all other sub-indices ended in red with Nifty Media, Bank, Private Bank, Financial Services falling as much as 3.58 per cent.

In its fourth bi-monthly monetary policy committee (MPC) meet, the central bank reduced repo rate — the rate at which it lends to banks — by 25 basis points (bps) or 0.25 per cent to 5.15 per cent. With this, the RBI has reduced its benchmark lending rate by 135 bps or 1.35 percentage points this year.

“RBI will continue accommodative stance as long as it is necessary and growth revives,” RBI governor Shaktikanta Das said.

“The 25-basis-point cut was the lowest that was expected by equity market participants,” Kunj Bansal, chief investment officer at Acepro Advisors in Mumbai told news agency Reuters, adding that he had hoped for at least a 40 bps reduction to bring down real interest rates.

The repo rate cut is aimed at pushing consumption up during the ongoing festival season by reducing borrowing costs for home and auto loans, which are now directly linked to the benchmark. 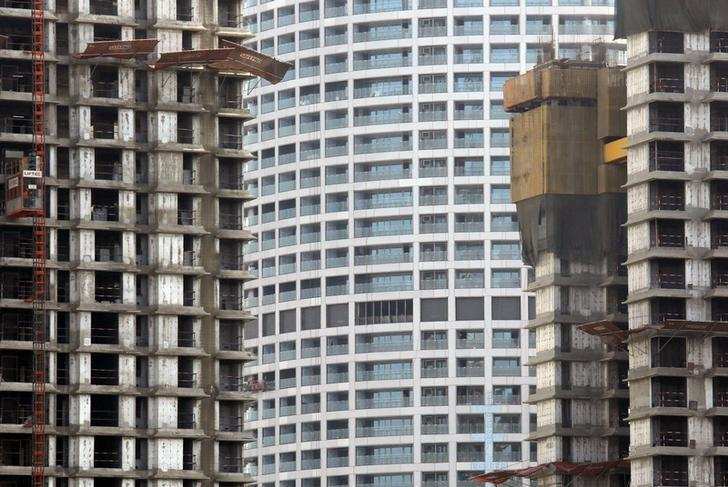 The Reserve Bank on Friday sharply cut its economic growth projection for this fiscal to 6.1 per cent from 6.9 per cent earlier, but expressed hope that the growth will recover in the second half of 2019-20. The central bank’s estimates come in the wake of GDP growth sliding to a six-year low of 5 per cent in the June quarter.

The Reserve Bank also reduced its economic growth projection sharply for this fiscal to 6.1 per cent from 6.9 per cent earlier, but expressed hope that the growth will recover in the second half of 2019-20.

Coronavirus deaths in China rise to 106 as U.S. plans evacuation...