The Duchess of York, also known as Fergie, took to Instagram to announce Street Child, of which she is the founder patron, will be featuring as the latest BBC Radio 4’s Appeal, which promotes the work of charities and appeals for donations. Fergie explained the programme will focus on the story of a girl who was held captive for five years by Boko Haram, the jihadist terrorist organisation based in northeastern Nigeria. The Duchess wrote on the social media: “Delighted that @streetchilduk feature as next week’s @bbcradio4 #R4Appeal.

“Listen via https://www.bbc.co.uk/programmes/m0004sh0 to hear the heartbreaking story of Fatima who was abducted by Boko Haram and held captive for five years.

“Now supported by Street Child, Fatima is going to school for the first time and having counselling to help her deal with the trauma of her experiences.

“With your help @streetchilduk can continue to help those affected by the Boko Haram insurgency to rebuild their lives and provide children just like Fatima with an education #streetchild #nigeria @bbc #bbcradio4.”

The message was welcomed by hundreds of royal fans and supporters of her work.

One wrote: “Hugely admire your work and wonderful strength of character.”

Another called Fergie “an angel” for her charitable efforts, saying: “Your Highness Sarah Ferguson you are an angel spreading your light through your service.

Sarah Ferguson at Meghan Markle and Prince Harry’s wedding in May 2018 (Image: GETTY)

“Nothing can be more valuable than service to humanity.”

And a third added: “We all know that these great causes you support usually don’t make headlines, that’s why I’m even more pleased to see that you keep on spreading awareness on these subjects.

“You’re doing a marvellous work, and I do think that knowing that you’re actually making a difference for many people and helping others to do the same, is the greatest reward you could ever desire!

“Congratulations @sarahferguson15 and thank you for let us know such meaningful stories. These are issues not raised often enough!”

Sarah became involved first-person with Street Child when it merged last year with the charity she founded in 1993, Children in Crisis.

The merge between the two charities with a similar mission was completed in July, just a few months before Fergie’s youngest daughter, Princess Eugenie, got married to her long-term fiancé, Jack Brooksbank. 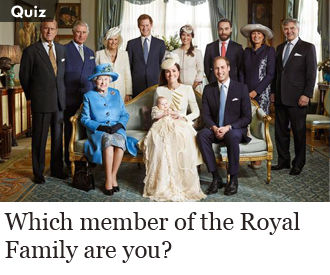 Google Nest Hub Max Review: Trying to do it all and...

Modern Warfare Spec Ops exclusive, campaign trailer and everything else we...

Nine killed as Kashmir reels from its deadliest year since 2009

Jack Fincham gets a new bed ready for overnight visitors after...