on Saturday said that the industrial production and fixed investment have shown signs of revival. At a press conference called to announce the third part of the stimulus package for the economy, the finance minister stated that measures which are being taken to improve credit outflow from banks.

Sitharaman also said that CPI or retail inflation has been kept under 4 per cent, adding that several NBFCs are benefiting from partial credit guarantee schemes announced earlier. 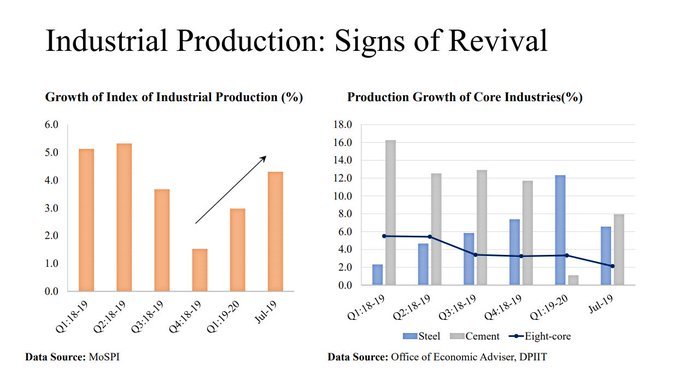 Sitharaman also said that “RoDTEP (Remission of duties or taxes export product) will replace all MEIS (Merchandise exports from India scheme); ROSL (rebate of state levies) will continue till December 31, 2019.”

In other measures, the finance minister also announced a “fully electronuic refund module (Form GSAT RFD-01) for quick and automated refund of ITC (input tax credit) nearly completion and will be implemented by end of September 2019.” 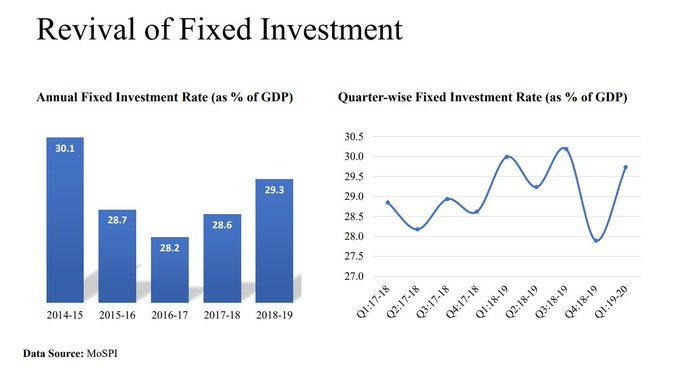 For housing sector, the finance minister said that “a special window to provide last mile funding for housing projects which are non-NPA (no-performing asset) and non-NCLT (National Company Law Tribunal) projects and are net worth positive in affordable and middle income category to be set up.” The fund size is kept at Rs 10,000 crore.

Also, “external commercial borrowing (ECB) guidelines will be facilitate financing of home buyer who are eligible under the PMAY, in contribution with RBI,” she further stated.

hit a six-year low of 5 per cent for the first quarter of the current fiscal.

Over the past weeks, the government has announced a slew of economic measures including the mega bank mergers, withdrawal of higher surcharge on foreign portfolio investments (FPIs) and domestic investors, sops for infrastructure, revival package for the auto industry and relief for startups.

Citizenship is not just about rights, but also about duties: Chief Justice of India

The Game Defends His Kim Kardashian Lyric By Comparing His Mom’s...

Fortnite event time: When is the Fortnite live event? Season 10...