I won’t bury the lede here. Ace Combat 7: Skies Unknown is a fantastic Ace Combat game. If any part of the pre-launch hype appealed to you, or if you played and enjoyed one of the previous numbered Ace Combat games, you owe it to yourself to check this game out sometime. Heck, if you’ve never heard of these games, but liked Metal Gear and don’t mind fighter jets, then maybe you could stand to add it to your list as well.

If you’re willing to read through the rest of this review, though, there is one thing: The numbered Ace Combat games have all been fantastic. At this point, the harder question to answer might be where to place Skies Unknown in a theoretical ranking of the series, or whether what new things it brings to the table might light a path forward for the series as a whole. 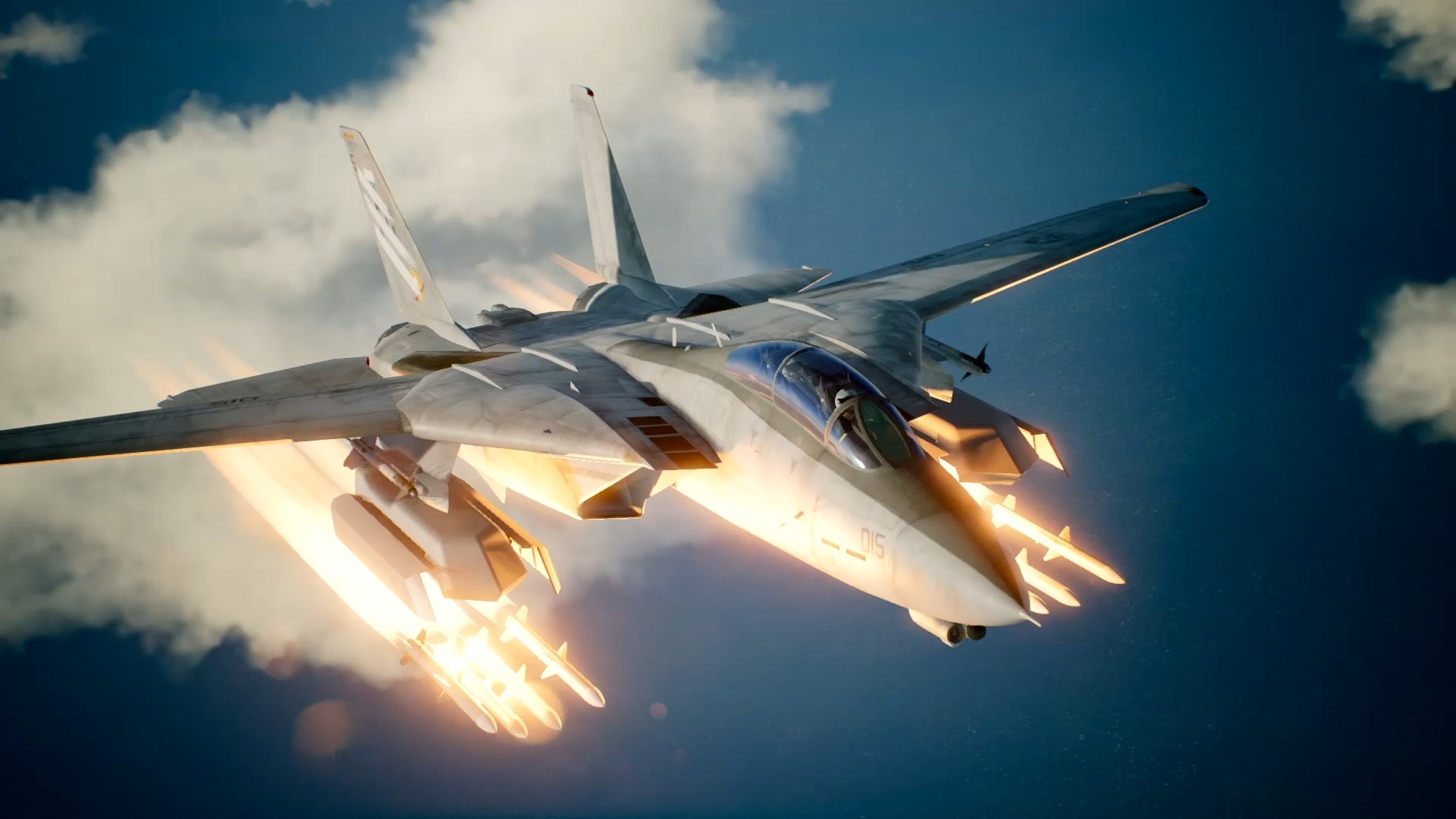 It’s telling that the marketing material we’ve received for Skies Unknown seems to behave as if the game is the first Ace Combat title since 2007’s Ace Combat 6: Fires of Liberation. To hear Bandai Namco tell it, 2011’s Ace Combat Assault Horizon and 2014’s Ace Combat Infinity never happened. Perhaps that’s for the better. Assault Horizon was an interesting but divisive and, ultimately, failed experiment in diversifying Ace Combat‘s gameplay formula. Infinity was an odd free-to-play mash-up that came out so late in the PS3’s life that none but the most hardcore Project Aces devotees could be bothered to give it attention.

By comparison, Skies Unknown feels like a deliberate callback to the past, right on time for the franchise to celebrate its 20th anniversary. Playing the old games and new back-to-back, you’d think the only thing to change in 12 years was the quality of the graphics. The 28 playable aircraft in-game – almost all based on real-world military jets – are as obsessively detailed as ever, right down to accurately-modeled cockpit instrumentation and furniture. Explosions throw out copious particle effects and sight-blocking clouds of smoke.

Ground textures and terrain are spruced up, as well, with campaign missions unafraid to force players to fly and fight just above the “deck”, chasing enemy aces through the collapsed skyscrapers of a submerged city, or dog-fighting among forested stone columns inspired by China’s Zhangjiajie national park. Special attention has also been given to the “terrain” of the sky: cloud formations. Flying through clouds can reduce missile lock-on range, screw up radar targeting, spatter rain on the canopy glass (it’s especially harrowing if you fly in cockpit view) and ice the wings, reducing maneuverability. A few missions even have players fly straight into extreme weather, having a furball in a thunderstorm interrupted by lightning strikes, or seeking ground targets hiding under the cover of a Mad Max: Fury Road-level sandstorm.

The gameplay is much the same as it was in 2007, without much change in core mechanics. As ever, though Skies Unknown uses real-life planes in its lineup of playable war machines, it’s about as far from a “flight sim” as a game can get while still remaining in that category. It emphasizes action over realism: Planes carry many times their actual maximum amount of ordnance, and generous physics allow the performance of flight maneuvers that would likely pulp the body of a living pilot (incidentally, air combat’s effect on the human physiology becomes something of a story point in the campaign).

The basic combat mechanics are also largely the same. Gone is Assault Horizon‘s much-maligned dogfight mode, leaving the old “Players fly their planes, line up their targets, lock on with missiles, score kills routine. Rinse and repeat.” This isn’t so much because the formula’s grown stale as because the formula works, much for the same reason that no one seriously complains about first-person shooters always being about shooting people with guns. There’s also good variety in the available tools, with each playable plane having a different set of special weapons available, ranging from missiles capable of multi-lock targeting to lasers and railguns straight from science fiction. 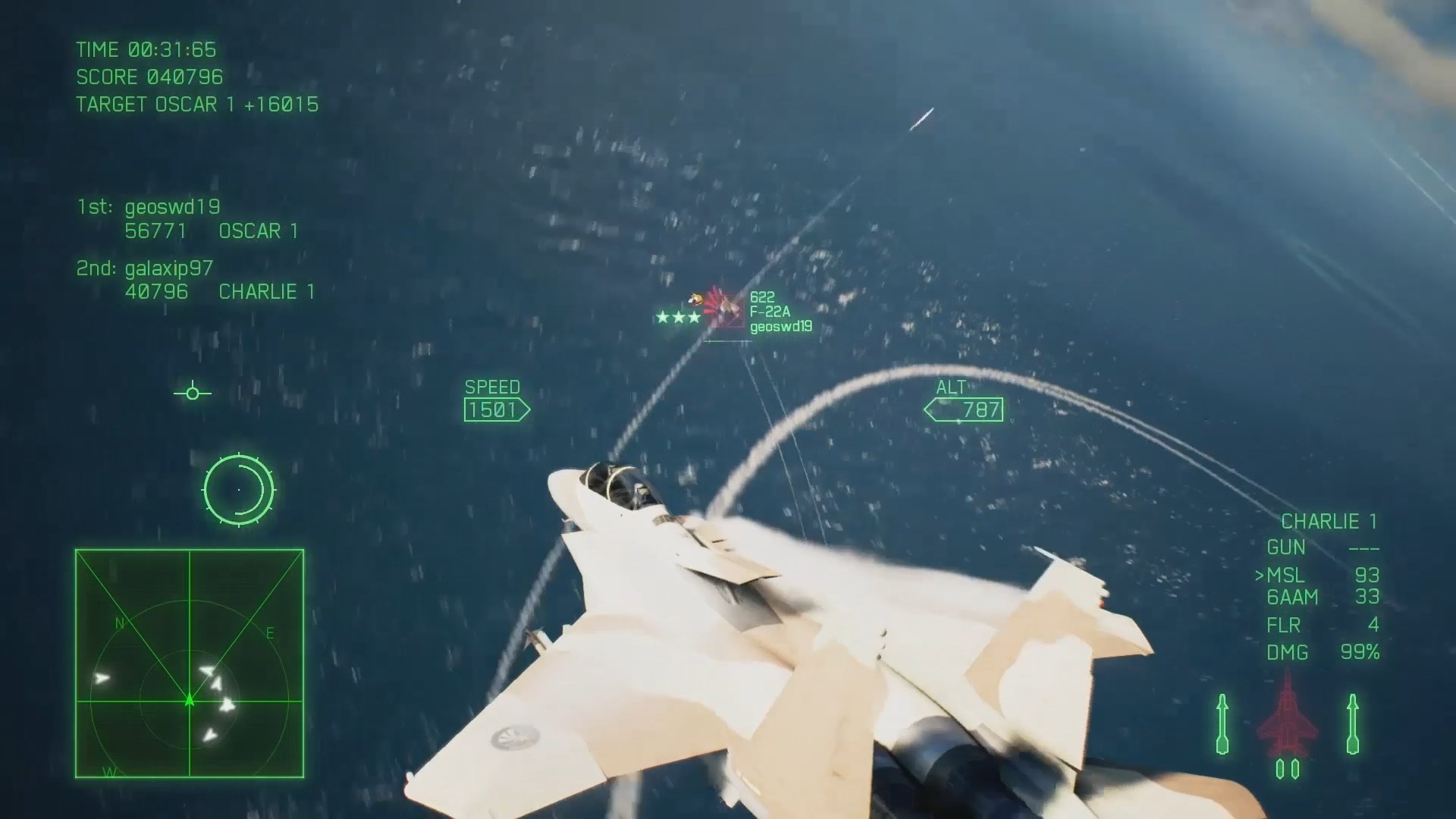 As is the tradition in Ace Combat, the variety in Skies Unknown is found in the places and contexts where the combat happens. And what a context it is. Once again set in the alternate universe of “Strangereal”, Skies Unknown starts off ten years after the war that played out in Ace Combat 04: Shattered Skies, on the verge of a new conflict between the nations of Osea and Erusea. As a voiceless Osean pilot with the callsign “Trigger”, players begin their journey from nobody to legendary pilot with simple “shoot all targets” missions against slow wings of bombers. Before long, though, they get involved with Spare squadron, a ragtag unit of prisoner-pilots, convicts sent up in junkyard jets to serve as lures for enemy jets to waste ammo on. From that dramatic kick-off point, the story goes places in a way that once more affirms Ace Combat‘s reputation as a sort of “airborne Metal Gear“.

As it turns out, the antidote to a somewhat samey gameplay loop is nothing less than high melodrama and ridiculously charming operatics, backed by a killer soundtrack. If there’s a low point to the narrative, it’s the sense that it won’t make much sense at all to someone who unschooled in Ace Combat‘s surprisingly dense lore. Oblique references to the events of the other games abound under the surface of the story, and while those will be catnip to fans, they might confuse the newly-inducted chicks just getting their wings. If Bandai Namco is smart, they’ll make the PS4 and Xbox One ports of Ace Combat 5 and 6 available outside the pre-order crowd, or maybe consider re-releasing other Strangereal-set titles in due time.

Then again, there’s something for those who might find characters’ ruminations on war and peace too cheesy, or be off-put by the slight stiffness in the script and constant radio chatter. One can still thrill at unlocking a new plane on the game’s “Aircraft Tree” progression track, or consider replaying a mission with a new loadout and craft to explore different approach, or even take on others in various forms of online deathmatch. Aircraft Tree progress is shared across campaign and multiplayer, so folks that want to fly a particularly costly jet in their favorite campaign mission can help themselves along by going a few rounds with randos. The more pacifistic can also access a free flight mode, flying through the maps in the plane of their choice, unthreatened by enemies. 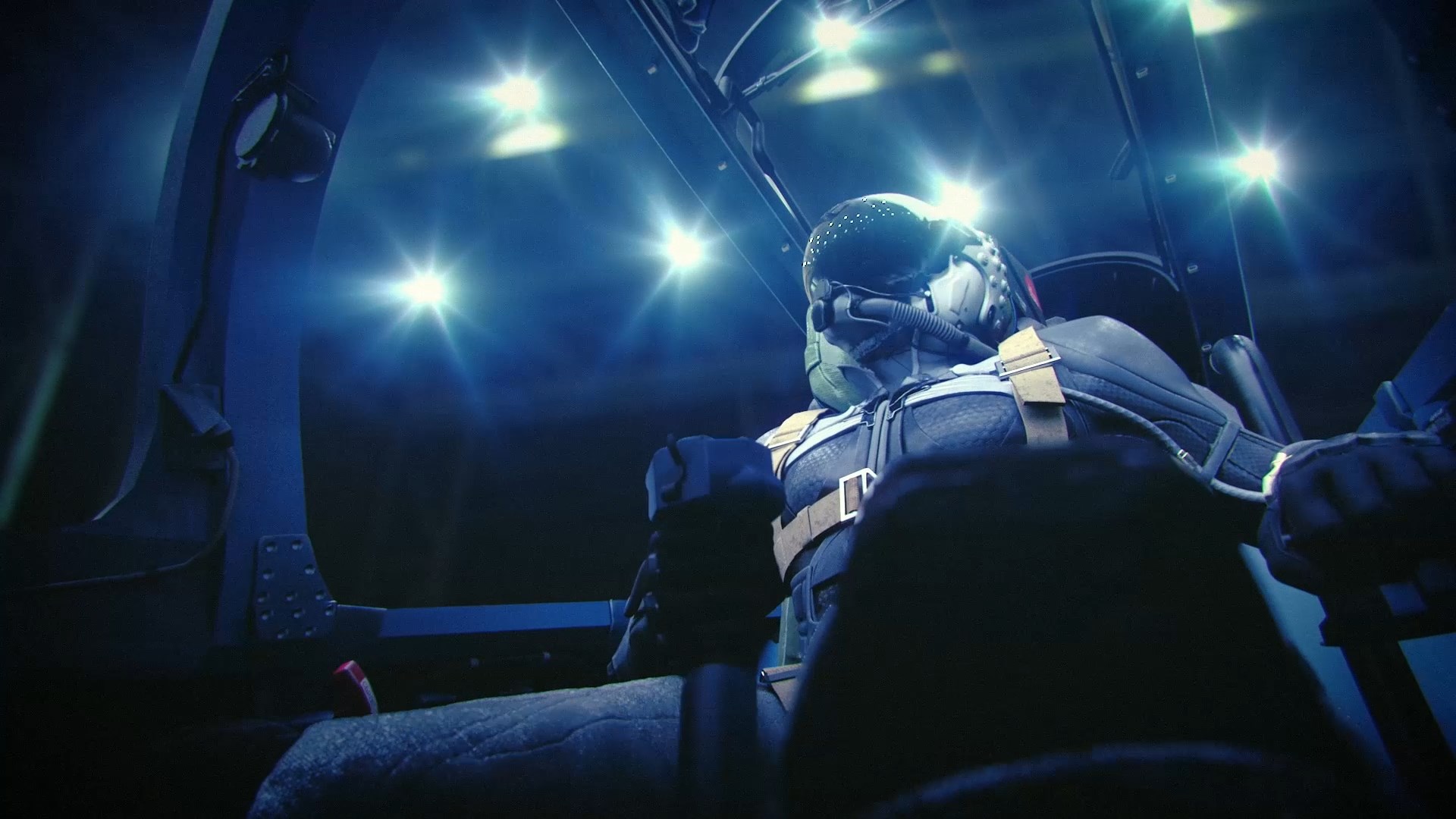 As for what might happen moving forward, players with a PS4 and PSVR might get a glimpse through the game’s exclusive VR missions. Starring Mobius 1, the player character of Ace Combat 04, the game’s VR mode is best considered a brief “experience” rather than a full game mode. The missions themselves are fairly simple affairs, made utterly thrilling when played in VR. I’m actually somewhat disappointed the rest of the game isn’t playable in this mode, as in VR I found a number of Ace Combat activities much easier to pull off, such as playing in cockpit mode, flying low, and lining up to use my plane’s guns (always a weak point in my Ace Combat career). I’m hoping more missions might be added in the future, or at least have more planes and special weapons added to what’s there.

When it’s firing on all cylinders, Ace Combat 7 absolutely soars as a return to form for a series thought dormant. It’ll be interesting to see how Bandai Namco might take things forward from here on, but for now, the series is flying high and steady once again.

Impressive effort with a few noticeable problems holding it back. Won’t astound everyone, but is worth your time and cash.

How we score:  The destructoid reviews guide

Plague Inc. Sales Rise After Coronavirus Outbreak, But The Creator Has...

Apex Legends Vault Locations And How To Get Keys – GameSpot