Indians are defying bans on assembly in cities nationwide as anger swells against a citizenship law seen as discriminatory against Muslims, following days of protests and clashes that have left six dead.

Hundreds of demonstrators were detained on Thursday in the Indian capital of New Delhi and the southern IT hub of Bengaluru, where a leading historian was among those taken away by the police.

Authorities banned gatherings in the entire Uttar Pradesh state – India’s most populous – as well as in parts of the country’s northeast, the state of Bihar and cities such as Hyderabad, Bengaluru and Chennai.

Fourteen Delhi metro stations were shut including one near police headquarters, besieged by protesters earlier this week, as some roads into the megacity were blocked, causing immense traffic jams.

The law gives migrants fleeing persecution from neighbouring Afghanistan, Pakistan and Bangladesh an easier path to citizenship, except that Muslims – 14 percent of India’s population – are excluded

Critics say it is further proof that Modi, emboldened by a resounding election victory this year, is moving quickly to reshape India as a Hindu nation and weaken its secular foundations.

Modi has defended it as a humanitarian gesture.

India’s Supreme Court turned down a plea on Wednesday to halt implementation of the law but said it would hold hearings next month on the sweeping measure.

#Section144 Introduced into Indian law through the first ever CrPC in 1861, it was used frequently during the British Raj to clamp down on nationalist protests.
History is getting repeated?#CAASupport #Section144 #BJPLiesOnCAA #JamiaAmufightback #Aligarh #Bengaluru #Delhi @hrw

Reporting from New Delhi, Al Jazeera’s Sohail Rahman said an overwhelming participation of non-Muslims in the nationwide protests “has surprised the government”.

“I think the government was completely unprepared for the anger that this particular passage of the law was going to present, because Muslim communities have kept pretty quiet over the issues of triple divorce and Kashmir’s autonomy,” he said.

“This law is deemed to be something that strikes the heart of the constitution about everybody’s liberty.” 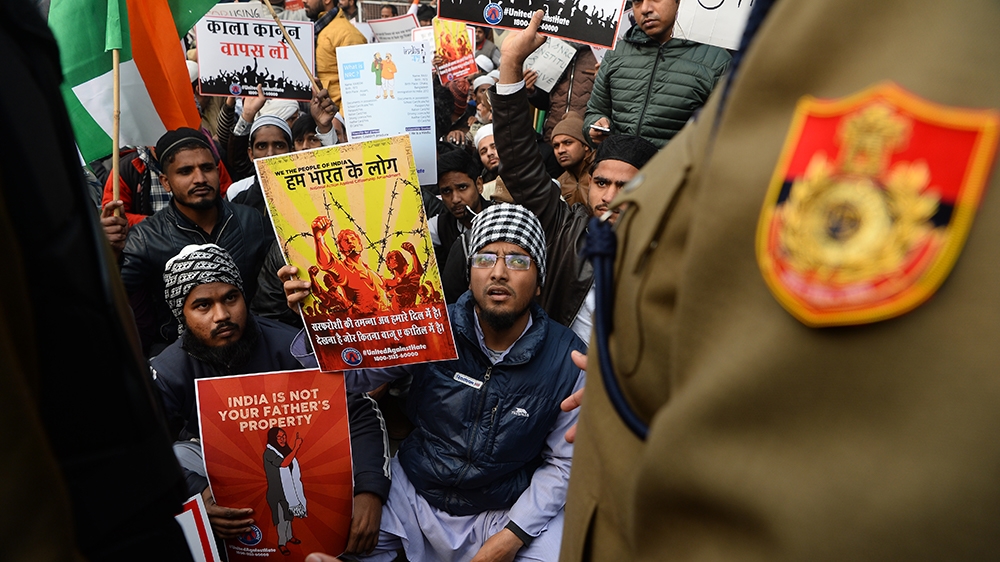 Demonstrators on Thursday ignored the bans on assembly including in New Delhi and Hyderabad where television pictures showed police dragging and carrying demonstrators away as they brandished placards and chanted slogans.

One protester, Kawalpreet Kaur, who according to her Twitter profile is the Delhi President of All India Student’s Association, posted that police had filled 14 buses with detainees at the Red Fort landmark.

“But more and more people are pouring in, too many to be detained,” she added.

Al Jazeera’s Rahman said police barricaded and blocked the road around the Mughal-era fort, whose iconic grounds have seen some of India’s biggest protests.

“Some of them got through in the morning, but they were later uniformly arrested and put on buses,” he said.

“I am protesting non-violently, but look they are stopping us,” said Guha.

Seventeen left-wing parties in the eastern state of West Bengal, long a hotbed of political violence, were due to rally in Kolkata later.

In the financial and entertainment capital Mumbai, Bollywood stars were expected to join a protest largely organised by students and young professionals on Thursday afternoon.

Actor-director Farhan Akhtar tweeted on Wednesday that the “time to protest on social media alone is over.”

Here’s what you need to know about why these protests are important. See you on the 19th at August Kranti Maidan, Mumbai. The time to protest on social media alone is over. pic.twitter.com/lwkyMCHk2v

During the past week of unrest, police have fired tear gas into crowds and been accused of beating protesters at various places, including women and students, heightening the anger.

Police fired shots in the air in a Muslim-dominated part of the capital to repel thousands of demonstrators throwing stones and glass bottles, demanding the law be withdrawn.

“This government wants to turn us into second-class citizens,” said 70-year old Fasiur Rehman, accusing Modi’s administration of singling out Muslims, as several hundred protesters around him in New Delhi raised slogans, held up banners, and waved the Indian flag. 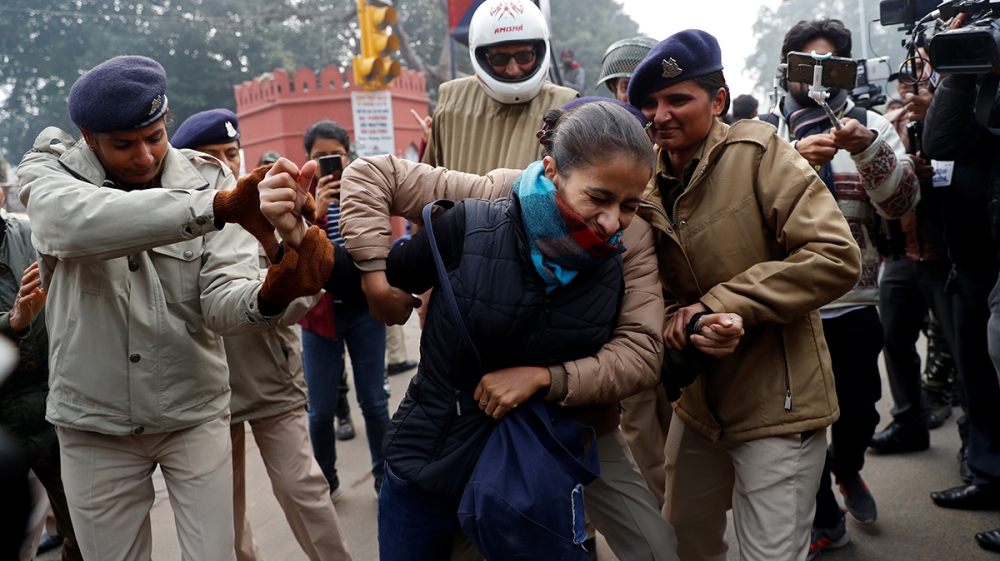 The UN Secretary-General’s spokesman Stephane Dujarric said on Tuesday the global body was “concerned about the violence and alleged use of excessive force by security forces that we’ve seen that have been taking place”.

The United States’s State Department urged New Delhi to “protect the rights of its religious minorities in keeping with India’s constitution and democratic values”.

At a news conference with his Indian counterpart on Wednesday, US Secretary of State Mike Pompeo said Washington cares deeply about protecting religious rights everywhere but gave a muted answer on the issue.

“We honour Indian democracy as they have a robust debate inside India on the issue,” he said.

India’s Foreign Minister Subrahmanyam Jaishankar repeated the government’s line that it was a measure designed to address the needs of persecuted religious minorities.

US prisoners to be confined to cells for two weeks

Elon Musk talks Tesla Cybertruck specs – will it fit in...

What you must know about India’s ‘anti-Muslim’ citizenship bill