Islamabad, Pakistan – Shireen Khan sits by the side of the road in the Pakistani capital Islamabad, in the drizzling rain, hoping someone will drive by and offer him work.

Khan, a daily wage worker, has not earned a rupee in more than two weeks as Pakistan battles an outbreak of the coronavirus that has seen more than 1,000 people infected, forcing a countrywide lockdown.

“I’m only out here out of hunger, I have no other reason,” says the 46-year-old man. “I am a sick man, I had typhoid five or six months ago, and am still suffering.”

Pakistan’s government has imposed varying restrictions across the country, in part, Prime Minister Imran Khan has said, to safeguard the incomes of daily wage workers such as Shireen Khan.

In Islamabad, public gatherings are banned, schools are closed and all shops other than those selling groceries or medicines have been shut down. 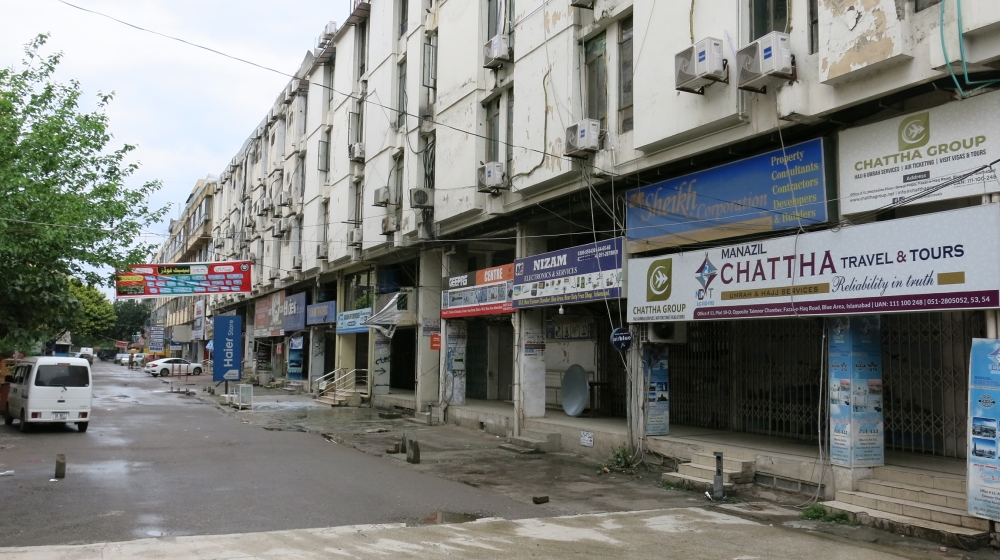 Other provinces and regions are following a largely similar model, with Sindh province, which has the highest number of cases – at least 410, enforcing a stricter lockdown with full city shutdowns mandated between 8pm and 8am every night, starting on Wednesday.

“A lockdown is not a curfew,” PM Khan reiterated in a news  conference on Tuesday evening. “When you enforce a curfew, what will your poorest segment of society do?”

Shireen Khan, and more than a dozen others who were waiting for work beside him, however, say that the “lockdown” may as well be a curfew, because no one is offering them work.

“A lockdown is necessary [to control the virus outbreak],” he says. “But we need to be taken care of as well.”

On Wednesday, Pakistan’s countrywide tally of cases stood at 1,005, with 14 patients having recovered and seven fatalities, according to government data. The number of cases has more than tripled in a week.

Authorities have been scrambling to control the spread of the virus, although they do not yet appear to be at a level that could overwhelm Pakistan’s fragile healthcare system.

On Wednesday, PM Khan reiterated that he has been delaying announcing a countrywide shutdown to safeguard the economic interests of the poorest Pakistanis, who he says need to work to earn a living.

Observers, however, say that work has already dried up with the current level of restrictions.

“The wider concern that a slowdown in economic activity would knock people’s daily wages off, would evaporate the work that daily wagers do, that is already coming to fruition,” says Mosharraf Zaidi, a senior fellow at the Tabadlab policy think-tank.

“Daily wage labourers require sites and opportunities that demand their skills or input. But when there is a lockdown, all economic activity, construction activity […] all of those activities have been suspended.”

On Wednesday, however, the government announced it would be disbursing 12,000 rupees ($75) to low-income earners, affecting an estimating 67 million people, as part of a $940m economic stimulus package. 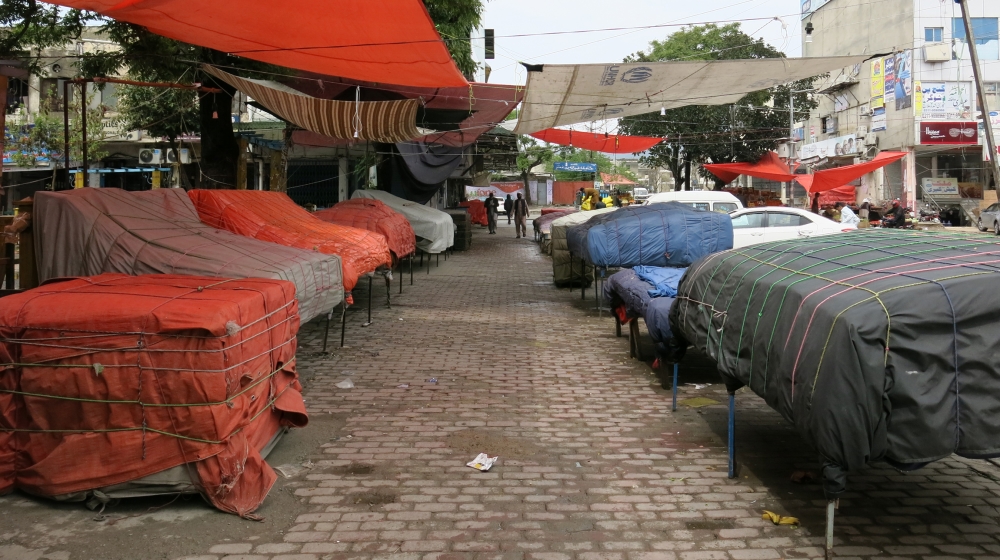 Healthcare specialists say there is cause for concern if the number of coronavirus cases spikes in the densely populated South Asian nation of more than 200 million.

“We’re on a very low scale, in terms of infrastructure,” says Dr Shamail Daud, a healthcare management specialist. “Healthcare is very disintegrated and not very high in terms of quality or dealing with high levels of critical care for patients, which is unfortunately an outcome of COVID-19.”

While there are a limited number of ventilators available countrywide, Daud says a bigger problem could be a lack of enough doctors to operate them in the event of a spike in cases.

“Other than the functionality of the ventilators, the staff that actually works with it, the critical care staff […] is very limited,” he warns. “In every city, there is a shortage. […] The issue is not about the machines themselves, it is about the people who can make them work.”

Earlier this week, several doctors told Al Jazeera that there are not enough personal protective equipment (PPE) kits to go around, leaving many front-line healthcare workers without adequate protection.

Badly managed quarantine facilities, however, have been at the centre of the coronavirus outbreak in Pakistan. At least 51 percent of all cases in Pakistan can be traced back to the Taftan quarantine camp, where thousands of Pakistanis returning from Iran – one of the countries worst-hit by the virus – were pooled together in a single space, without adequate screening.

“They put all those people together into a herd, and that resulted in cross infections,” says Dr Daud. “Then eventually, without testing [all of them], they released them after the 14th day.”

Those released from Taftan were transferred to separate provincial quarantine camps, where they have now been tested and are being screened before release. To date, more than 6,304 people have passed through the Taftan camp, with at least 516 of them testing positive for the virus.

‘I went to bed hungry’

Back in Islamabad, which has recorded at least 16 cases, the streets of the capital are largely deserted, with shops in normally busy commercial areas shuttered and police enforcing lockdown orders.

In the G9 Markaz market – one of the city’s central locations for working-class shoppers – there is hardly any traffic, as children play cricket in what is normally a packed car park, raising questions over whether social distancing guidelines are properly being followed, despite government orders. 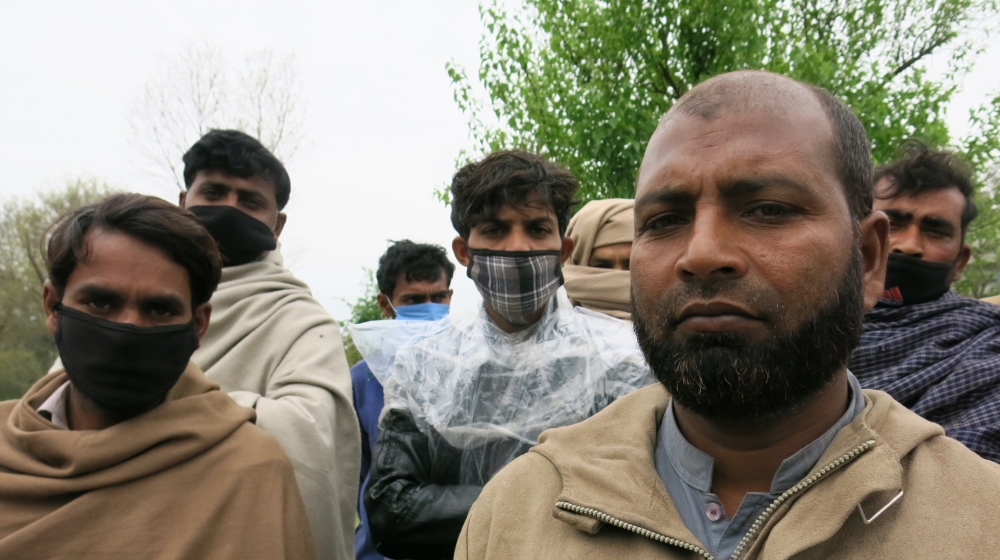 Noor Ahmed, 34, says he has only has enough food at home to last for another two weeks, and since he is not earning during the lockdown, lacks the finances to buy more [Asad Hashim/Al Jazeera]

“I am not allowing my father to leave the house,” says Noor Ahmed, a daily wage labourer who lives with his 80-year-old father, his wife and son, in a single rented room. “What else can I do?”

For those earning a daily wage, it appears, the future remains uncertain – whether it is a lockdown or a curfew that they are under.

“Last night, I went to bed hungry,” says Maqbool Ahmed, 40, a construction worker. “I only had a biscuit for dinner.”

Cardinal George Pell to find out if bid for freedom successful

Santander and HSBC to refund overdraft charges for more than 100,000...

Scientists succeed in destroying HIV-infected cells in major breakthrough – The...

Zarif decries ‘US hypocrisy’ over planned nuclear sale to Saudis