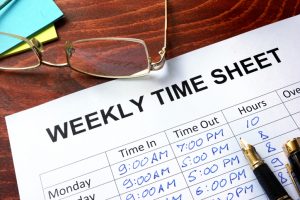 As a publication that aims toward to masses and can’t quite decide where it falls on the spectrum from serious local paper to TMZ print edition, it’s not particularly shocking that the New York Post’s angle on this story is tailored to evoke outrage from the readers that some “kid” could possibly make so much money.

“Paralegal for Sears bankruptcy case billed $174K in one month,” reads the headline to a story posted last night about Keri Grant, a paralegal at Weil who racked up 431 hours at $405/hour in November. We’ll get you and mangle you indeed.

Except, of course, Grant didn’t make that much money. There’s a healthy gap between billing rates and realized compensation and even with a hefty overtime check, Grant didn’t take home anything close to that. Well into the story, long after the story lost that segment of Post readers who only came for Giants draft rumors and some excuse to spend the day telling everyone that “Blue Lives Matter” — which is to say most of the Post’s audience — the article quotes a bankruptcy expert explaining how entirely normal this bill looks to anyone who’s ever worked on a disaster as massive as the demise of Sears.

This happens every few months. The media had a similar freakout to learn that Barbara Jones could bill $47K in a month of grinding through Cohen’s emails.

If that reference seemed extreme to you, I promise it’s so much more apt than you can imagine:

Lampert runs Sears like a hedge fund portfolio, with dozens of autonomous businesses competing for his attention and money. An outspoken advocate of free-market economics and fan of the novelist Ayn Rand, he created the model because he expected the invisible hand of the market to drive better results. If the company’s leaders were told to act selfishly, he argued, they would run their divisions in a rational manner, boosting overall performance.

But certainly don’t feel bad for Eddie Lampert! With the aid of the nation’s approach to corporate structure and bankruptcy laws, Lampert looks to make money off this deal. In an irony that Lampert could not possibly understand, he’s at best a Rand villain — a moocher who makes his money by manipulating the government’s arcane rules to protect investors like Lampert from the vagaries of an actual free market.

This is where we are. There’s more scandalous interest in a professional billing thousands of dollars than a stunted fail child destroying the livelihoods of thousands of people and getting millions for it. Way to go. USA! USA! USA!

Joe Patrice is a senior editor at Above the Law and co-host of Thinking Like A Lawyer. Feel free to email any tips, questions, or comments. Follow him on Twitter if you’re interested in law, politics, and a healthy dose of college sports news. Joe also serves as a Managing Director at RPN Executive Search.

HSBC job cuts: London in the centre of the storm – ITV News

Rockets are becoming Warriors’ biggest challengers after nightmare start to 2018-19...