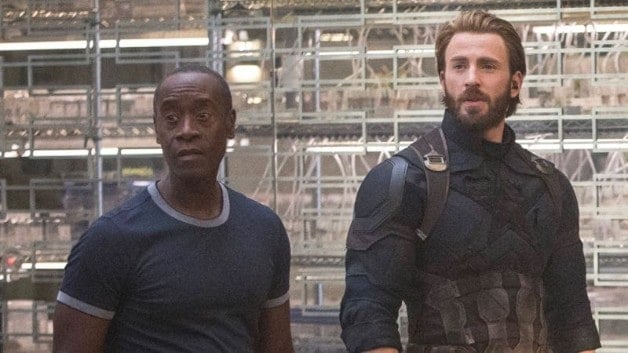 Netflix is no longer referring to Avengers: Infinity War‘s Thanos (Josh Brolin) as an “intergalactic sociopath”, sort of.

The worldwide box office hit Avengers: Infinity War arrived on U.S. Netflix for fans to stream on Christmas Day. One aspect of the film’s arrival to the streaming service that fans weren’t happy with was the plot synopsis. In the synopsis, Thanos was referred to as an “intergalactic sociopath”.

Fans online made their grievance with the label known and since then, the Avengers: Infinity War section on Netflix no longer refers to Thanos in such a way. That is, if you take a peek at the synopsis preview before expanding the film’s section on the site all the way. Take a look at the images below to see that on top, the intergalactic sociopath title still stands but when reduced it is no longer there. 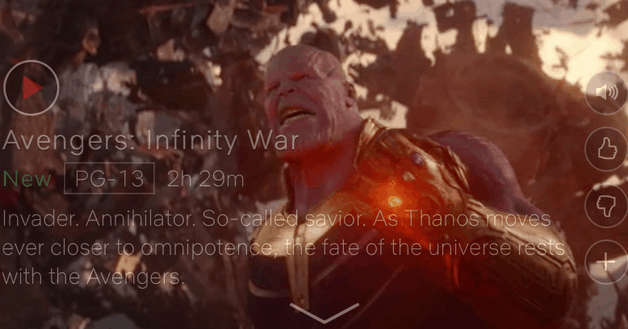 Avengers: Infinity War‘s devious antagonist may be many things, including an invader, Annihilator, and so-called savior as he’s referred to in the image above. One thing he’s certainly not though is a sociopath. Thanos is set to return in next year’s Avengers: Endgame and briefly appeared in the first trailer but how he’ll relate to the actual story has yet to be revealed.

We’ll be sure to keep you updated on all news regarding Avengers: Infinity War as soon as more information becomes available. What are some of your favorite oddly-phrased Netflix plot descriptions? Let us know your thoughts in the comments below!

A culmination of 22 interconnected films the fourth installment of the Avengers saga will draw audiences to witness the turning point of this epic journey. Our beloved heroes will truly understand how fragile this reality is and the sacrifices that must be made to uphold it.

Avengers: Endgame is scheduled to be released in theaters on April 26, 2019.

The Superhero Movies Of 2018, Ranked From Worst To Best

2018 has gone by too fast. It seems like yesterday when the beginning of the new year was upon us, and the advent of having so many superhero movies hitting theaters seemed like a dream come true for every fanboy and fangirl. It’s also funny to look back and remember that although we ended up with a whopping nine major theatrical superhero movies, we almost had eleven. Sadly, Fox delayed both Dark Phoenix and The New Mutants to 2019 instead.

Even with those two films delayed, 2018 was still a massive year not just at the box office, but for the continued advancement of the genre on a number of levels. Whether it was through the cultural significance of a film like Black Panther or the exciting animated adventures of Incredibles 2 and Spider-Man: Into the Spider-Verse, there was no shortage of exciting superhero stories told on the big screen this year.

Here are the 9 theatrical superhero films of 2018, ranked from worst to best. You can start the gallery by clicking “Next.”

Kevin Hart: I Lied to Doctors After My Crash – Newser

Royal wedding: Was the Queen the inspiration behind Princess Beatrice’s engagement...

The Chase fans are all branding latest contestant a ‘snake’ after...