Bizerte, Tunisia – Days ahead of Tunisia‘s election on Sunday, the market in the centre of this port town was covered with red and white flyers bearing the face of media tycoon Nabil Karoui.

But Karoui, 56, a candidate for the presidency, was absent from his own campaign as he sits in jail on suspicion of money laundering and tax evasion.

His party, Qalb Tounes, claim that his arrest in late August was politically motivated; an attempt by the government to eliminate political opponents. But the mood in the market suggests that it has had the opposite effect.

“The people love him, the politicians do not love him, that’s why he’s in prison,” said fishmonger Lotfi Bourguiba, 51, waving a Qalb Tounes flyer in one hand and a fish in the other to “drive away the evil eye.”

Mamia, a 58 year old woman selling bread, cried when he was arrested. “He was arrested because he is good – he fed people, clothed them, he bought them fridges and televisions,” she said.

The most recent polls placed Karoui top of the list, ahead of other prominent candidates including Prime Minister Youssef Chahed, Defence Minister Abdelkarim Zbidi and Abdelfattah Mourou, candidate for the Islamist party Ennahda.

His ascent was fuelled by widespread dissatisfaction with the economic crisis in the country, where purchasing power has plummeted by more than 80 percent according to some accounts and almost two thirds of Tunisian families cannot meet their daily needs without going into debt.

While he presents himself as anti-establishment, Karoui has long been involved in Tunisia’s political scene.

He was a founding member of Nidaa Tounes, the secular block created by President Beji Caid Essebsi, and his TV channel Nessma backed the late president during his 2014 campaign.

After leaving the party in 2017, Karoui started using the channel differently. He began to broadcast the activities of his charity – Khalil Tounes, named after his son who died in a car accident – with which he travelled round to the poorest regions in the country, handing out food and medicine.

The judicial action taken against him was based on a complaint filed in 2016 by the anti-corruption NGO IWatch.

A slew of outrage followed, broadcast on Nessma TV, characterising his arrest as a “kidnapping” by “a government militia”. This resulted in a fine of 20 thousand dinars ($7,000) from the media regulator, the Haica, for engaging in “political advertising” and describing a legal arrest as a kidnapping, said Hichem Smouissi, a member of the Haica committee.

Oussema Khlifi, campaign coordinator for Qalb Tounes, who made the offending remarks on Nessma, was with Karoui at the time of his arrest. “I maintain that it was a political arrest, [the police] used an extraordinary force,” he said, on the campaign trail in Menzel Bourguiba, Bizerte. “It is coming from the power that is in place – they are using the law politically to stop him because he is first in the polls.”

Michael Ayari, senior analyst at Crisis Group, said Karoui has been able to use the arrest to present himself as a victim.

“The arrest has led a lot of Tunisians to think that [Prime Minister] Youssef Chahed arbitrarily used the judiciary for [political ends],” he told Al Jazeera.

‘We can’t be bought with soup’

However, not everyone is buying the sob story. As a crowd of Qalb Tounes supporters walked down the main thoroughfare of Menzel Bourguiba, passersby shouted “macaroni, macaroni, you’re voting for the macaroni guy?”, a reference to the Nessma TV broadcasts of Karoui handing out food.

“He is fooling people [by giving them] macaroni, spaghetti and harissa,” said Tariq Afaoui, a 35 year-old factory worker, sitting in a cafe as they passed. “I think he is a criminal and corrupt. He is a rich! Where is his money from then?”

Khaled Maloui, an egg vendor, calls Karoui “the soup guy”. “It is good he was put in prison, he is corrupt and if he goes to power, he will have immunity,” said the 35 year old. “We can’t be bought with soup.”

“Three years is a normal amount of time [for tax evasion and money laundering cases],” said Aoudi. “And the timing is irrelevant – the question is if he is guilty or not. I welcome any initiative that stops a criminal from becoming president.” 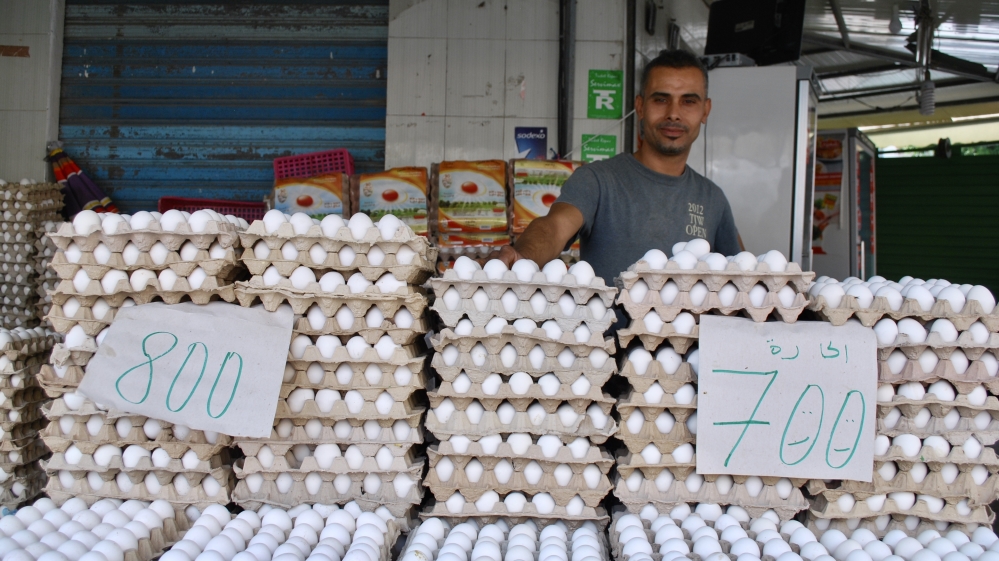 Khaled Maloui, 35, an egg vendor on a street corner Bizerte, isn’t sure if he will vote on Sunday, but if he does it won’t be for “the soup guy” Karoui [Layli Foroudi/Al Jazeera]

The case has also attracted international attention. Two observation missions, from the EU and the Carter Center, expressed concern that Karoui was not afforded an equal chance to lead his campaign and to participate in Tunisia’s first ever televised debates, which took place last weekend.

In their statement, the Carter Center also noted that parliament had tried, unsuccessfully, to pass a law, which “appeared to target Karoui by effectively barring owners of media outlets.”

After the TV debates, the electoral commission (ISIE) requested that Karoui be allowed to conduct interviews from his prison cell, in a bid to give him an equal chance, but the Appeal Court of Tunis denied authorisation on Wednesday.

Karoui has started a hunger strike and the court was considering a second request for his release on Friday morning.

Karoui’s arrest could even have implications for the aftermath of the vote. “If Karoui doesn’t go through to the second round, his partisans are not going to accept it, they are going to say he wasn’t given a chance to present himself equally,” said Ayari, who feels that there are real risks of the electoral process going off the rails. 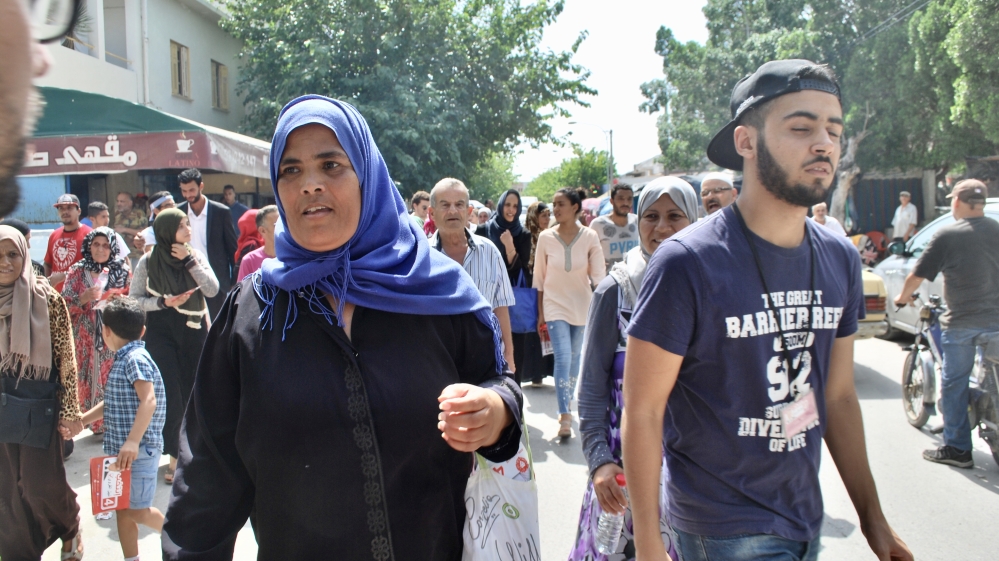 Trump impeachment trial week 2: What to watch for

Thousands protest in US cities against India citizenship law

Germany to mark 30 years since fall of Berlin Wall