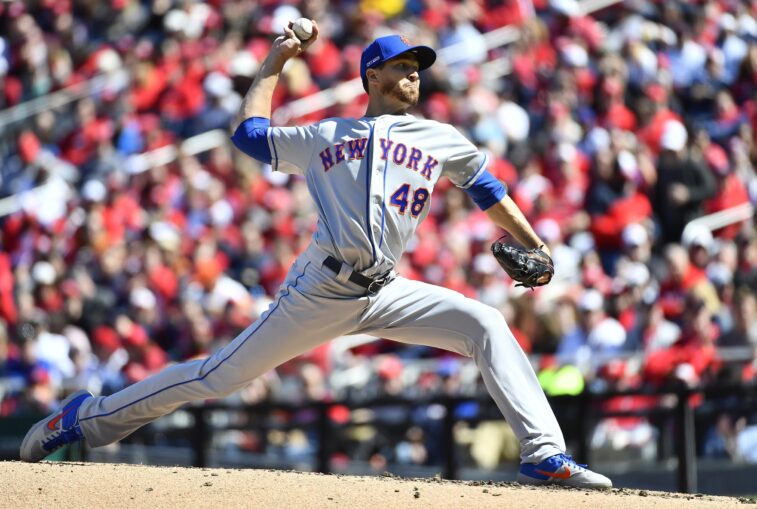 Good morning Mets fans! Yesterday the New York Mets defeated the Miami Marlins 6-5 in the second game of a three-game series. Jason Vargas got the win and Justin Wilson locked down the save in the win. Dominic Smith collected two hits in his first start of the season, and Wilson Ramos collected another two hits for the Mets.

After Juan Lagares was hit by a pitch on Saturday, Tim Healey of Newsday reports that x-rays on Lagares’ right index finger were negative.

Mathew Brownstein of MMO reports that right-handed pitcher Jordan Humphreys will start the season on the IL with Single-A St. Lucie.

Ken Rosenthal of The Athletic names Mets skipper Mickey Callaway as one of his six managers on the hot seat in 2019.

The Mets announced several features and events of opening weekend. The Mets host the Nationals on April 4.

Jim Duquette reports that Bud Black, the manager of the Rockies, has announced that Daniel Murphy will be out for at least a month with his finger injury.

Lance Brozdowski of Baseball Prospectus writes about the effects that sliders have on other pitching grips.

J.J. Cooper of Baseball America writes about the relationship between pitcher workload and Tommy John surgery.

Jesse Sanchez of MLB.com writes about a tournament in the Dominican Republic created by the MLB Trainer Partnership Program.

Shi Davidi of Sportsnet reports that the Blue Jays have signed Randal Grichuk to a five-year $52 million extension.

Prior to his return to Washington on Tuesday night, Phillies outfielder Bryce Harper posted a message of appreciation for the Nationals on his Instagram account.

Buster Olney of ESPN reports that Nationals shortstop Trea Turner has undergone X-rays on his hand. Matt Adams left the game against the Phillies with a back spasm.

Dilip Sridhar posts the game recap from the Mets 6-5 win over the Marlins on Tuesday.

Tim Ryder writes about the feud between Lenny Dykstra and Ron Darling.

John Sheridan writes about Robinson Cano’s home run off Max Scherzer as the Neon Moment of the Week.

Brian Greenzang names Jacob deGrom and Pete Alonso as players of the week.

This Day in Mets History

1966: Tom Seaver picks the Mets’ name from a hat in a lottery, giving the Mets the rights to his contract.

2009: The Mets sign Gary Sheffield on the major league minimum after the veteran was cut by the Tigers.

This Surprise Look At Beyoncé Slaying in a Victorian Wedding Dress...

BRITs 2019: Abbey Clancy cradles her baby bump in a latex...

Here’s what Ontario’s new health care agency will look like |...