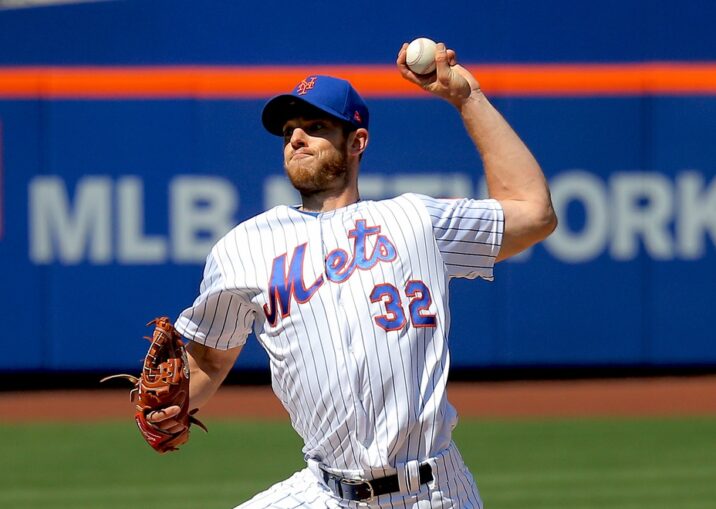 After a four pitch walk to start off the game and 51 pitches through two innings, Steven Matz locks in and goes on to pitch five scoreless innings. Matz would wind up with a no-decision, his eighth straight, despite the Mets’ 6-5 win against the Nationals. But forget about all that, what’s more important was how the left-hander buckled down and struck out eight.

How did he do it? Partially due in part to moving over on the mound, closer to the first base side.

“I think that allowed (Matz) to be free and easy to that down and away spot on the plate,” manager Mickey Callaway said, according to Deesha Thosar of the New York Daily News. “If he continues to work and understands he has a great changeup when he needs it, to kind of get everything else going, then he’s going to be fine.”

Coming into the game on April 6, Mets fans had their reservations about Matz and rightfully so. The kid from Long Island who is packed with potential, but has troubles harping on mistakes and letting them compound. With that being said, and given his inconsistent outings in the past, Matz has had moments of success and struggle. The Nationals lineup has been really successful against Matz in the past, but not in this game.

The southpaw pitched five innings of scoreless baseball combined with eight strikeouts and four walks to factor into his now 1.69 ERA. Matz came out of the game having thrown 103 pitches. Along with this impressive start from the young lefty, Matz showed success in an area he normally was unable to control in the past.

The Nationals left five men on base when Matz was on the mound which has taken a tole on him before. The East Setauket native is a very animated player and you can see his frustration a lot of the time after giving up runs or even hits. However, when there were Nationals on base while Steven was on the mound, he was able to narrow his focus on the batter standing in the box in front of him. When asked about his pitching with runners on base Matz said he was able to execute his pitches.

“Those pitches are what count the most when there are runners in scoring position and you have little room for error,” he said. “So, I was happy I was able to get out of it”

Having seen the struggles Matz had in the past with this, it makes his success early on this season even more impactful.

Later in Steven Matz’s post-game interview, Steve Gelbs of SNY asked Matz about how he recently moved over towards the first base side of the rubber to work on hitting the outside corner against righties.

“Definitely. I felt really comfortable going away to righties especially and I know Wilson kept calling it [fastball on the outside corner of the plate] and he had confidence in it and it worked out really well today,” he said.

Matz has done well in his first two starts. If he can work on limiting his pitches per inning and stretching out his starts to at least six innings of work, he can be a dangerous pitcher in our already intimidating rotation.

The Outer Worlds – 19 Minutes of Gameplay in Stellar Bay...

Katie Price treats herself to a makeover as she debuts new...

15 months of Social Security benefits appear in bank account by...

Even the Cubs booed Kris Bryant as he stepped up to...