A man is dead after he was shot while in a vehicle outside a North York apartment building early Tuesday morning. 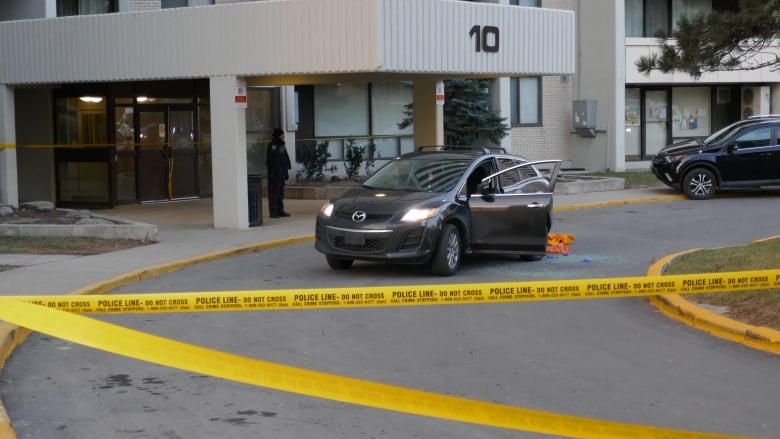 A man is dead after he was shot while in a vehicle outside a North York apartment building early Tuesday morning.

Emergency crews were called to San Romanoway, in the Finch Avenue West and Jane Street area, shortly before 6:30 a.m. for reports that multiple gunshots had been heard and a man had been hit, Toronto police Const. David Hopkinson told CBC Toronto.

The victim was pronounced dead, Hopkinson said. He could not confirm the victim’s age. But he did say a number of suspects fled the scene, according to witnesses, though he did not have descriptions for them.

Pictures from the scene showed a dark-coloured Mazda sitting in a driveway outside an apartment building with the front driver’s-side window apparently shot out, with shattered glass all over the ground.

UK veteran, 96: Defend the peaceful Europe my generation died for

Vegas says NFL Week 9 was a ‘disaster’ as sportsbooks take...

Remembrance Day in Toronto 2019: ceremonies across the city

Conservatives go back to the future with revived tax credit pledges...