Kuala Lumpur, Malaysia – Malaysia‘s parliament will begin debating legislation on Tuesday to allow 18-year-olds to vote in a measure that, if passed, will mark the first time the country’s government and opposition parties have worked together on a policy requiring constitutional change.

The amendments also include automatic voter registration and measures to allow people to stand as candidates for election once they reach the age of 18. Both proposals were put forward by the opposition as conditions of their support for lowering the voting age.

The country is one of only a handful in the world, including neighbouring Singapore, that require citizens to be 21 before they can take part in an election. In Indonesia, the voting age is 17 and in some countries, including Austria, 16.

The 26-year-old, the youngest member of the cabinet, has spent a year building cross-party support for the initiative, which he sees as crucial to Malaysia’s democratic development.

“Young people are not blindly loyal to any political party,” he said. “Some say they’re fickle-minded, but it’s not about fickleminded-ness it’s about me assessing (the situation) based on the issues, based on candidates. Not just looking at a political party and supporting that party wholeheartedly until the end of my days.”

It was Malaysia’s younger voters who helped propel Pakatan Harapan to power in elections last May, ousting the Barisan Nasional coalition that had ruled Malaysia in one form or another since the country’s independence in 1957.

Pakatan promised political and institutional reform, including lowering the voting age, as part of its manifesto. 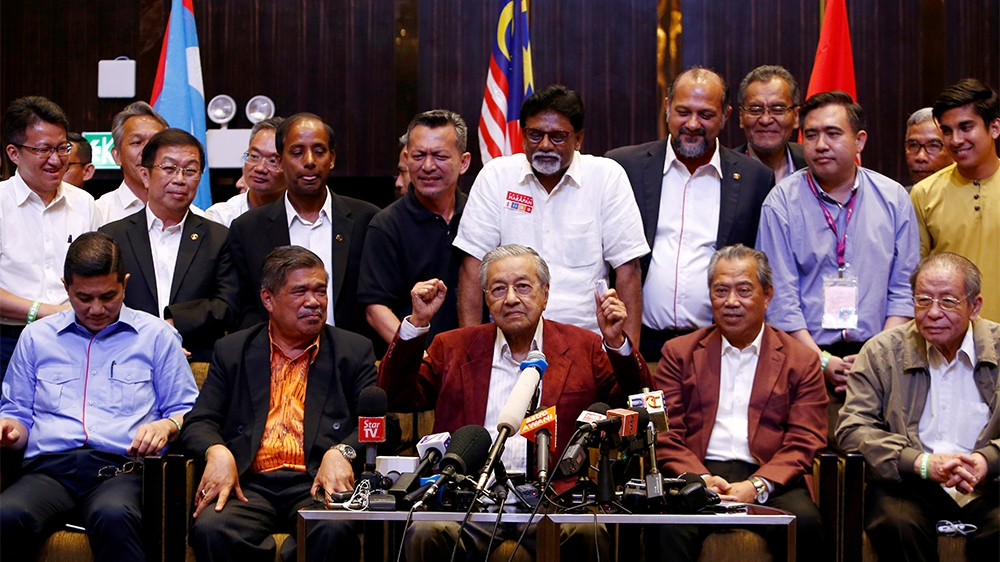 Bridget Welsh, an expert on Malaysian politics, says the votes of the under-30s have been “critical” in shaping the outcome of the country’s past three elections. In the 2018 election, known as GE14, they made up a fifth of the electorate.

“According young people the inclusion they deserve, is an important step towards strengthening the country’s democratic foundation,” Welsh wrote in a column for an online newspaper, Malaysiakini, which she shared with Al Jazeera.

“Malaysia not only joins the pattern of representation in the majority of the world, (but) Harapan provides substance to the reform programme that got it elected and rewards the young for their support in GE14 (the last general election).”

The initiative arose out of a campaign founded by a group of Malaysian students at university overseas.

Studying engineering in the United States during 2016’s presidential election campaign, Tharma Pillai, the co-founder of Undi18 (“undi” means vote in Malay) saw young Americans getting involved in politics, talking about the candidates and discussing policies.

Malaysia is fundamentally a gerontocratic society

And he thought of his homeland where young people were seen as “too immature” to get involved in politics at 18 despite being allowed to get married, drive a car and join the military at the same age.

“Malaysia is fundamentally a gerontocratic society; we’re controlled by old people,” the now 26-year-old Pillai said. “Our PM is the oldest in the world and the PM-in-waiting is also old. If you are 40 you are considered a greenhorn. That’s ridiculous.”

The move isn’t without its critics; people who argue that young Malaysians lack the maturity and knowledge to get involved in the political process.

“They will end up following other people’s choices instead of deciding for themselves,” Syafina Suhaimi, a 22-year-old student, wrote in a letter to the local New Straits Times newspaper explaining why she was opposed to the amendment.

Serina Rahman, a visiting fellow at Singapore’s ISEAS-Yusof Ishak Institute, whose research focusses on rural Malaysia, said young people in the coastal villages where she works see the move where even they have heard about it, as a “bad idea”. But rural voters’ have more immediate concerns, she added.

“It’s anger and frustration at promises unfulfilled, at prices and the cost of living not going down,” she said. “This kind of big institutional change does not resonate with them.” 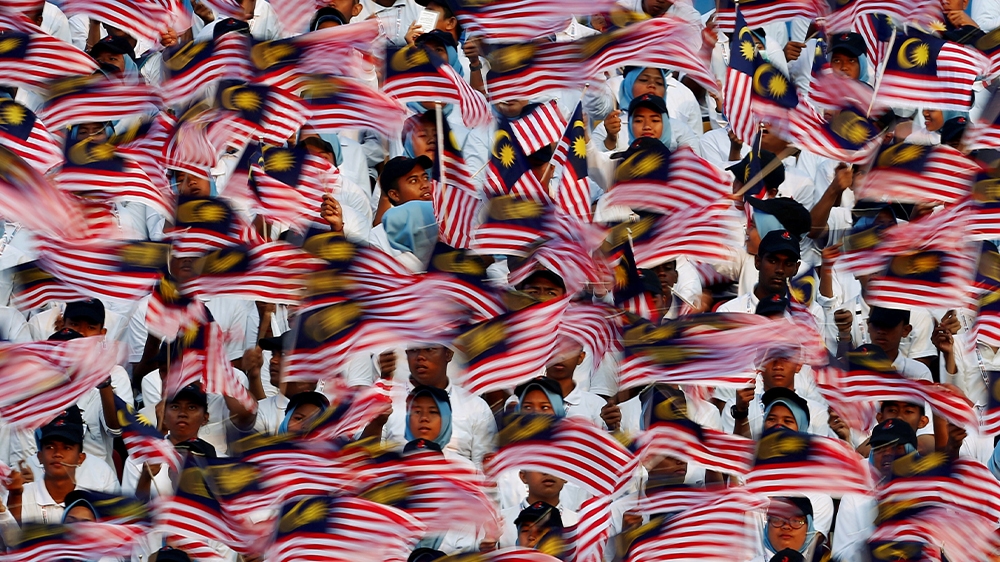 Restrictive laws have prevented students in Malaysia from getting involved in politics since the 1970s after a series of protests and occupations in support of the poor prompted a government crackdown.

Some students fled the country, while others were detained, and the authorities moved quickly to tighten the Universities and University College Act, which had been introduced in 1971 to regulate Malaysia’s institutions of higher education, to forbid students from getting involved in political activities.

Syed Saddiq, whose own political awakening began when he went to study at a military college, says the act will be reformed. Student unions will also be allowed, he said.

The move to lower the voting age is expected to add at least 3.5 million new voters to the roll by the time of the next election, according to Thomas Fann, the chairman of electoral reform group Bersih 2.0.

Fann, who is also a member of the Electoral Reform Committee that was set up by the government to recommend reforms to the current electoral system, estimates that automatic registration could add a further four million voters, amplifying the distortions created by years of gerrymandering and malapportionment, as well as First-Past-the-Post (FPTP), the winner-takes-all system that decides who wins each seat.

“The system itself has been identified as a problem,” said Adhy Aman of International IDEA – an intergovernmental organisation. “FPTP doesn’t allow sufficient diversity and there are issues too with constituency boundaries and voter registration. Many of the reform options will require legislative or constitutional amendments,” said Aman who is based in Australia.

Such amendments require the support of two-thirds of the 222 members of parliament. Pakatan has 135 seats, including friendly parties in the Borneo state of Sabah. In the 70-seat upper house, where members are appointed, the government coalition has only 21 seats.

Over the past year, Syed Saddiq has assiduously courted the opposition, meeting politicians at both the state and federal level to win their support.

After first convincing his cabinet colleagues to agree to lower the voting age to 18, he then had to get their approval to the opposition’s conditions for backing the bill.

Last Wednesday, after a meeting the chief whips of all Malaysia’s opposition parties, Syed Saddiq stood alongside 94-year-old Prime Minister Mahathir Mohamad, to announce that both sides of the house had agreed to support the reforms.

Tuesday’s debate will put that commitment to the test.

“The reality is that the opposition is also elected and their voices and concerns matter,” Syed Saddiq said.

“We need to engage with them. The politics of ‘I know everything’ is over. This is the politics of cooperation, coalition building and bi-partisanship. I think that’s the way forward for Malaysia.”

Burundi to give outgoing presidents luxury villa, over $500,000

Amazon is testing shouting out ‘Top Brands’ for shoppers as it...

Would Colbert invite Trump on his show again? ‘The quick answer...