Flight transponders appear to have been turned off while flying into the war-torn North African country. Libya is currently under an arms embargo imposed by the United Nations after years of fighting.

Video published by Haftar’s forces shows one of the cargo planes – with the registration number UP-I7645 – after landing at LNA’s Tamanhant military base in southern Libya. It had taken off from Benghazi in the east, Haftar’s stronghold. 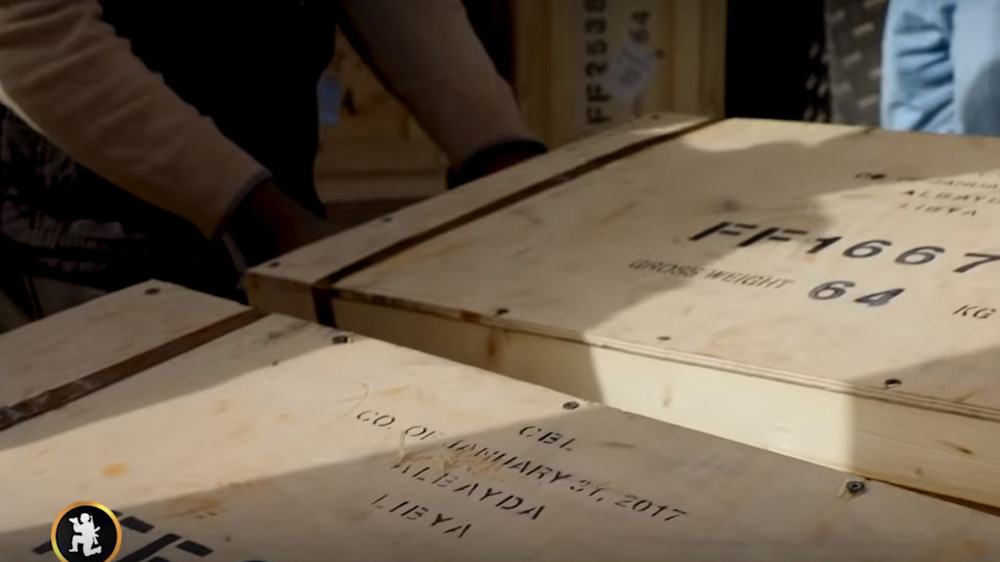 Wooden crates stamped in black with “FF” followed by four digits and “gross weight 64kg” are seen being unloaded by a forklift at a landing strip in the Libyan desert. All crates had the city name Al Bayda marked on them.

“With the tracking of the number, we detected a suspicious course of the aircraft that circulates almost regularly between Jordan, Israel and Egypt prior to its appearance in Libya, as shown by the air navigation and surveillance technology ADS-B,” the investigation said.

Bill Law, an analyst with the online magazine Gulf Matters, said the report highlights how the eight-year conflict is quickly expanding.

“What we’re seeing are lots of players coming into Libya. It’s a recipe that’s almost heading to a Yemen scenario. We’re beginning to see a proxy war emerging. We’re looking at a pretty bleak situation. In this situation of a vacuum, you see players emerge and we’re seeing this now,” Law told Al Jazeera. 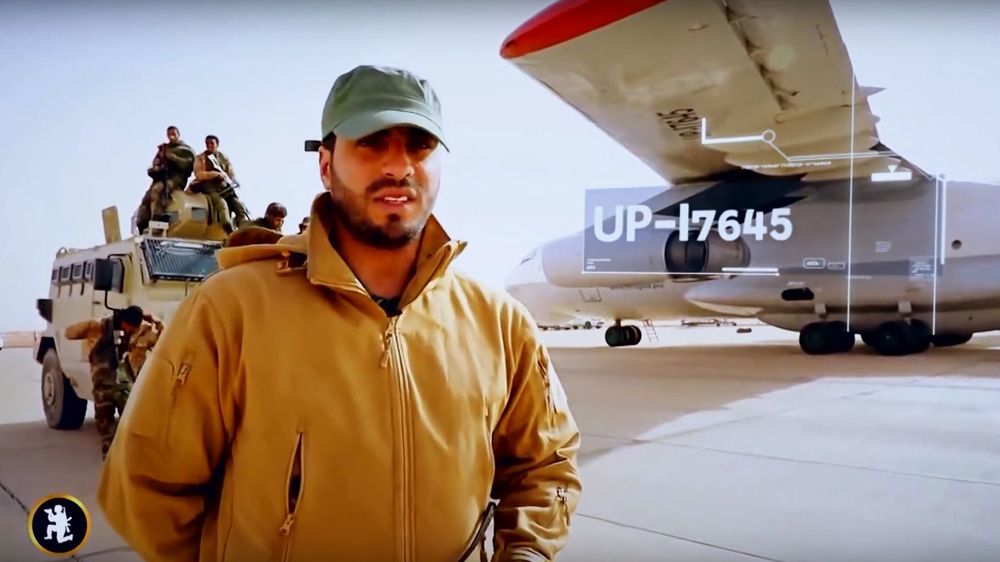 The investigation comes as heavy clashes continued on Monday near the centre of Tripoli.

Saraj al-Majbri, an aid to the LNA’s chief of staff, said its forces also made gains in the area of Salah al-Deen, a few kilometres from the city centre.

He claimed LNA fighters’ march towards Tripoli’s centre had been slowed in the past weeks because they did not want to use heavy artillery in populated areas.

Two residents said heavy fighting was taking place along a strategic road linking the capital with the airport, which the LNA already controls. They spoke on condition of anonymity for their safety.

Libya is divided between Haftar – whose Libyan National Army controls the east and much of the south – and Libyan Prime Minister Fayez al-Sarraj, who runs the UN-recognised but weak government in Tripoli.

In recent weeks, the clashes had receded with the start of the holy month of Ramadan.

But in the past couple of days, the capital’s siege has intensified. Haftar’s forces have pushed ahead in Tripoli’s eastern and southern suburbs.

Haftar has said he won’t stop his offensive as long as “militias” from the UN-recognised Government of National Accord (GNA) remained in control of Tripoli. Six rounds of talks between the two sides have failed to strike a political deal.

The GNA forces said they have hindered LNA advances and cut off supply roads to Haftar’s fighters in the southern areas of the capital.

The battle for Tripoli has killed at least 562 people, including 40 civilians, a UN agency said Monday. Tens of thousands have been displaced since early April when Haftar’s offensive began.

Trump is trapped between two impulses on Iran – CNN

US cracks down on Cuba, Nicaragua and Venezuela

‘AGT: The Champions’ finals: The good, the bad and the ugly...