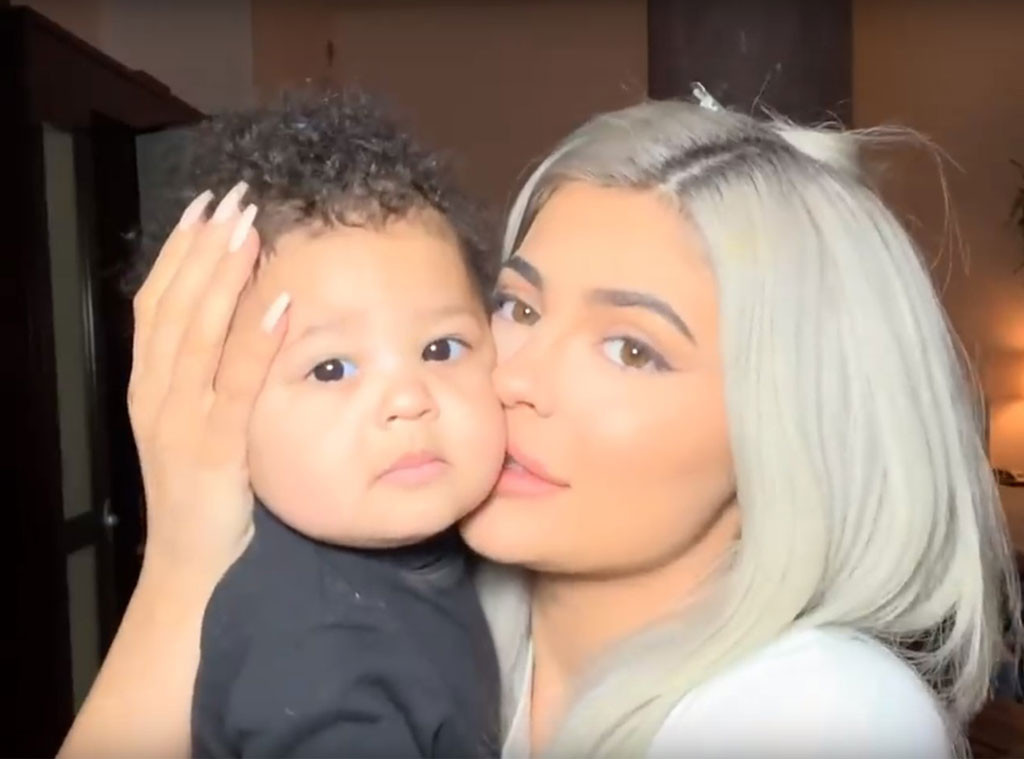 According to Kylie Jenner her daughter Stormi Webster had a “PRICELESS” reaction to Travis Scott‘s Super Bowl halftime performance.

The Astroworld rapper and OutKast member Big Boi both made brief appearances during Maroon 5‘s set. The band’s performance included a SpongeBob SquarePants cameo, a gospel choir, a drum line and even a shirtless Adam Levine

In Jenner’s video, her 1-year-old daughter stood in front of a television bouncing along to the music in a tie-dye sweatshirt and could be heard laughing at one point.

It’s a busy weekend for Scott, Jenner and Stormi! Other than the big event during the football game, the family celebrated Stormi’s monumental first birthday. The Kylie Cosmetics owner originally planned on throwing a big party for Stormi, but the rainy weekend in Los Angeles derailed her plans. 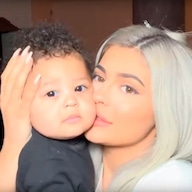 The 2018 Super Bowl was a big event for the trio, too, because that’s precisely when Jenner announced she gave birth to Stormi. “I’m sorry for keeping you in the dark through all the assumptions. I understand you’re used to me bringing you along on all my journeys. My pregnancy was one I chose not to do in front of the world,” she wrote in an Instagram note on Feb. 4, 2018.

She continued, “I knew for myself I needed to prepare for this role of a lifetime in the most positive, stress free, and healthy way I knew how. There was no gotcha moment, no big paid reveal I had planned. I knew my baby would feel every stress and every emotion so I chose to do it this way for my little life and our happiness.”

Jenner’s note concluded, “I appreciate my friends and especially my family for helping me make this special moment as private as we could. My beautiful and healthy baby girl arrived February 1st and I just couldn’t wait to share this blessing. I’ve never felt love and happiness like this I could burst! Thank you for understanding.”

The Keeping Up With the Kardashians star sparked some pregnancy speculation on Saturday when she posted an Instagram photo of herself with Scott. She captioned it “Baby #2?“

Not long after, however, Jenner replied to a comment confirming that no, she wasn’t pregnant.

The “Sicko Mode” artist posted a photo on his Instagram Story of his girlfriend after the show and she looked like she was wearing a chunky ring on that finger. Cue the engagement speculation again?

This Short & Sweet Workout May Be Better For Weight Loss,...

Captain Marvel is the latest Marvel movie to cross the billion-dollar...

Ukraine pulls out of Eurovision as singers quit over Russia row...

China confirms some 140 new cases of Sars-like virus ahead of...

Dwayne ‘The Rock’ Johnson surprises mom with a new house for...