NEW DELHI: It’s mid-afternoon in Gurgaon. Lines of uniformed men are streaming into the Maruti plant, from nearby Mullahera village where they live, several to a cramped room. The colour of their uniform marks their status — permanent, casual, temporary (hired for six months at a time), and apprentice. While they all do similar work in various parts of the factory, this status makes all the difference to their income, security and prospects.

With production slowing across the auto industry, temporary workers are the first to go. Roughly a million jobs are reportedly at risk. “The companies with greater contractualisation have seen more retrenchment,” says Amit Akash, a labour activist.

Sahil Kumar, a temporary worker, couldn’t make rent any more and has gone back to Ballia, UP. He was laid off by Maruti in March. “When we petitioned Maruti, they said to check back in two months, in case there are openings at the Manesar plant. We did, but they didn’t. Now I have no hopes from there at all, I have changed my line altogether,” he says. He tried working at a garment export company, making Rs 7,000-8,000, but didn’t like the work. While his friend settled for a job as a security guard, Kumar wanted to do “mehnat ka kaam”, just “sitting around would be too boring”. In Ballia, he has paid Rs 10,000 to enrol at al-Hind technical centre to train as an AC technician. “There are people from Saudi, Dubai and the US who will hire us from there if we pass the exam,” he says hopefully.

Over 3,000 temporary jobs cut due to slowdown: Maruti Suzuki

Over 3,000 temporary employees have lost jobs with the country’s largest carmaker Maruti Suzuki India due to the ongoing slump in the automobile industry. Reiterating that automobile sector creates job in the economy, he cautioned, “fewer automobiles (sales) will impact jobs on a larger scale.”

Maruti is not just any company, it is a herald of many changes. It was the first of the automobile plants that led to the industrial cluster between Haryana and Rajasthan in the 80s and 90s, a dense mesh that includes global manufacturers, component vendors, smaller and informal enterprises. After labour clashes in 1999-2000, it started relying on contract workers in its newer plants. In 2011-12, after a fresh surge of labour resistance in its Manesar facility, it further reduced the fraction of permanent workers. The bulk of the work is done by temporary workers who stay only for seven months, by casual workers hired through agencies, and apprentices who study and work at the plant.

The company hasn’t renewed the contracts of 3,000 temporary workers, blaming the slump. “This is a part of the business, when demand soars, more contract workers are hired and reduced in case of low demand,” Maruti chairman R C Bhargava told reporters recently.

“This is what the main assembly plants with the best labour standards do; things are much worse at the vendor companies,” says Nayanjyoti, a labour activist and scholar who has extensively researched this industrial belt.

Like other car companies, Maruti has also adopted automation, which threatens employment. Robots work alongside humans in many sectors, especially welding, casting and parts of the assembly. “It helps that a robot takes no breaks, doesn’t ask for leave, it doesn’t need a canteen, it doesn’t go on a hartal,” says Kuldeep Janghoo, general secretary of the permanent workers union.

However, Janghoo and the union representatives are pleased with the three pay raises they won after 2012, and the life cover, medical support and leave they have, though he agrees that temporary workers should have more security. Slumping sales of cars and motorcycles are triggering massive job cuts in India’s auto sector, with many companies forced to shut down factories for days, sources said. The cull has been so extensive that one industry source said that initial estimates suggest that automakers, parts manufacturers and dealers have laid off about 3,50,000 workers since April.

Arun Kumar, a casual worker from Mathura who worked at the Maruti machine shop for six years, had the same ITI qualifications as a permanent worker, worked the same shifts and does the same work, but was paid around Rs 18,000: barely a third of what a permanent worker made. There is no leave, he earns only on the days he works. He blames the influx of temporary workers rather than the company: “Things can only improve for us if they stop coming — as long as people are easily available, the company will use them.” He feels stuck between the permanent and temporary workers, unable to progress on the job or ask for more : “Hum toh phans gaye, is taraf kuan hai, us taraf khai”.

The factory has to be the fundamental fount of jobs, economists point out. The classic pattern of growth moves from agriculture to manufacturing and then services. India’s growth skipped much of the industrial experience, relying heavily on services, which have less potential for employment. “Only factories are truly employment intensive. They can absorb those with low or medium education, and indirectly create other jobs in infrastructure, services, etc,” says ICRIER economist Radhicka Kapoor.

According to the latest Periodic Labour Force Survey (PLFS) data, manufacturing employment had risen from 53.9 million to 59 million between 2004-05 and 2011-12. But in the last six years, it has actually fallen in absolute terms, to 56.4 million — a loss of half a million jobs a year. For all the auto industry’s woes, the serious job losses are in labour-intensive manufacturing in the unorganised sectors, in sectors that account for 50% of the manufacturing employment. From food and beverages to textiles, wood products, jewellery and sports goods have all shed jobs. 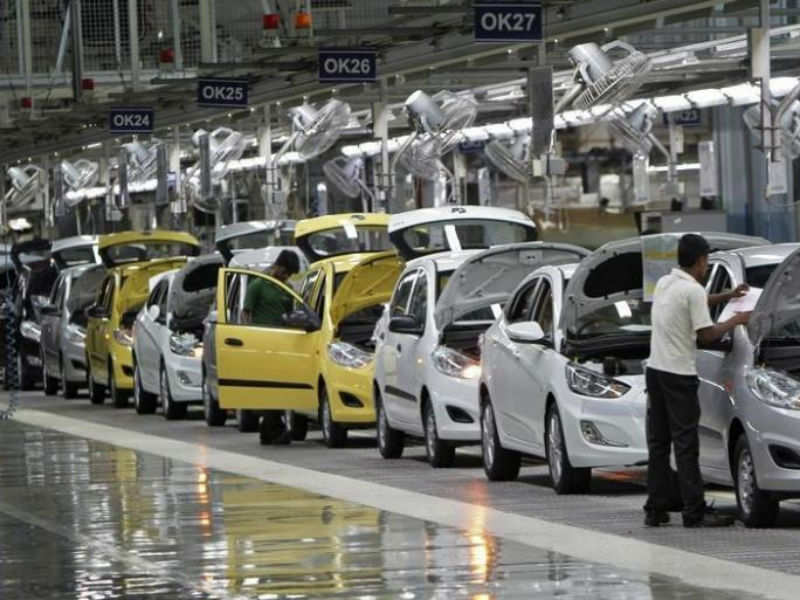 Demonetisation and GST have something to do with this: for instance, while the government gave a special package for the garments sector in 2016, these two moves undercut the gains, and jobs were lost.

“The problem is, policymakers don’t lay out a strategic vision for sectors that need attention. Our comparative advantage, which we have defied, is abundant labour. So now we need to focus on labour-intensive industries like textiles and wearing apparel, leather, and so on,” says Kapoor.

And what are the jobs available in the organised sector? Increasingly, shoddy and uncertain ones like Kumar’s. Surprisingly, it is capital-intensive industries like automobiles that have relied more on contract work — it’s cheaper, and because it reduces all workers’ bargaining power. The permanent workers are threatened by contract workers, they in turn by temporary workers.

Knowing they can be easily replaced, the workforce is docile. “It’s a huge industrial area in Haryana, with workers flipping from factory to factory. If 30,000 are employed, 20,000 are out of jobs, they will then wait a season to find one,” says Nayanjyoti. 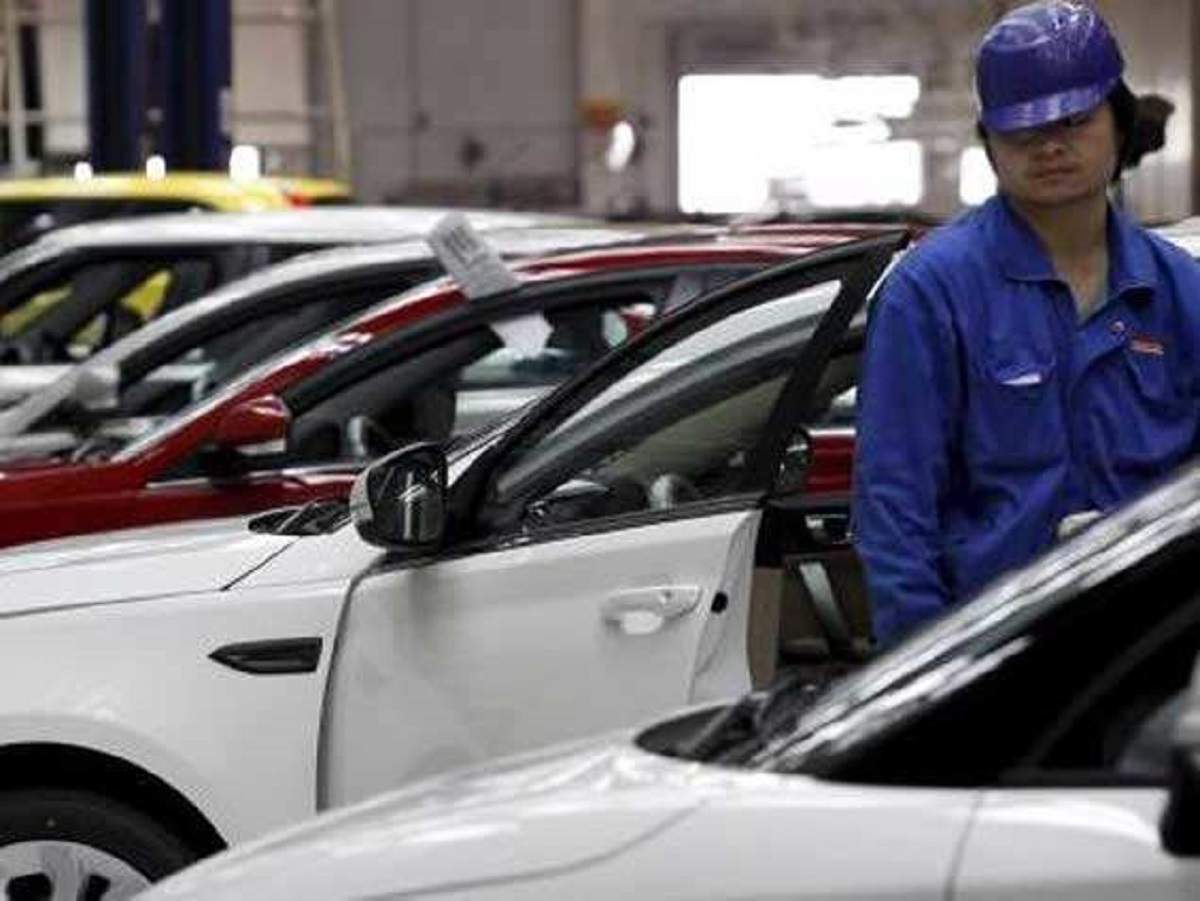 For Ashu, it’s not about liking or disliking the job, being absorbed into the workforce is a “life-wali baat”. There are barely any permanent hires at Maruti, but his father knows people, so it may just happen for him, he says.

Rohit Sharma, from Dhanbad, has no such illusions. He came to the Maruti ITI from Dhanbad, as a student trainee. When he joined a year ago, the plant was making nearly a thousand S-Cross and Vitara Brezza, now it makes barely 70, he says. While permanent workers work in shift A, the students who come in for Shift B just sit there, with nothing to do. He is doing a BA on the side, and hopes that other options will open up. “I don’t want to work in this line any more, I’ve seen how hard it is to get a permanent job. And to see so many people being asked to go in front of my eyes,

(Some names have been changed to protect identities)

All CBSA agents to carry batons, pepper spray when working with...

Britney Spears, Gwen Stefani & Other Celebrities Who Wanted An Annulment...