CHENNAI: With increasing regulatory scrutiny and governance standards, the demand for chartered accountants (CAs) to help navigate business is an all-time high, data from placement records of the Institute of Chartered Accountants of India (ICAI) showed. Pay packages too, has improved as the highest salary in case of international job postings has now doubled to Rs 36 lakh per year compared to last year.

A total of 3,815 job offers were made to 6,664 qualified CAs who have opted to take part in the placement cycle of February-March 2019, up from 1,473 offers received by CAs during 2018. Accenture, Alstom, Barclays Global Services, Flipkart, Amazon, ITC and ANI Technologies (Ola) are some of the

that hired CAs from ICAI campus placements this time. ICAI said there was high demand for CAs from the banking sector too. 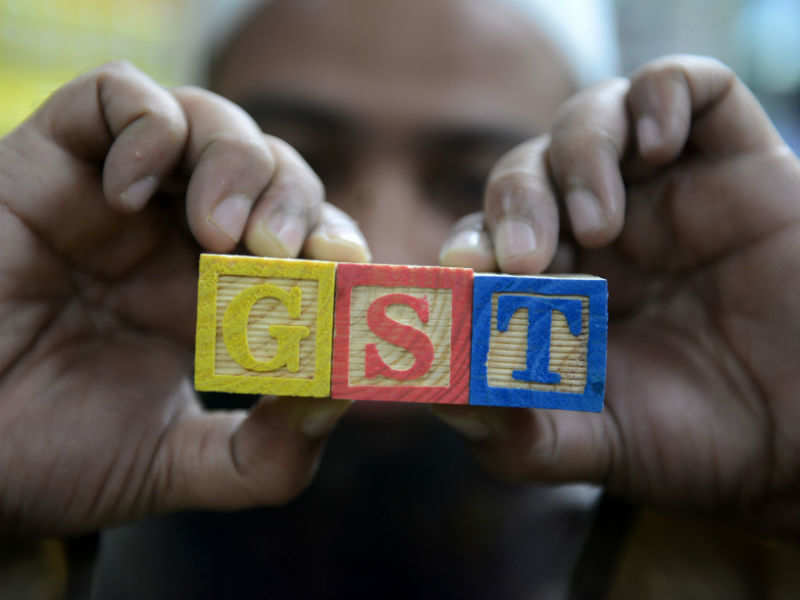 GST collection at Rs 1.13 lakh crore in April, highest ever

GST collection scaled all-time high of Rs 1.13 lakh crore in April, up from Rs 1.06 lakh crore in the previous month, the finance ministry said Wednesday. Total number of summary sales return GSTR-3B filed for the month of March up to April 30 stood at 72.13 lakh. April is the first month of 2019-20 fiscal year

“This placement program has attracted the highest ever participation from recruiters, offering most positions since the beginning of the institute. Education and training at ICAI will ensure that its newly qualified CA professionals have the critical rudimentary sense of a sceptical approach, “ICAI President Prafulla P Chhajed told TOI. 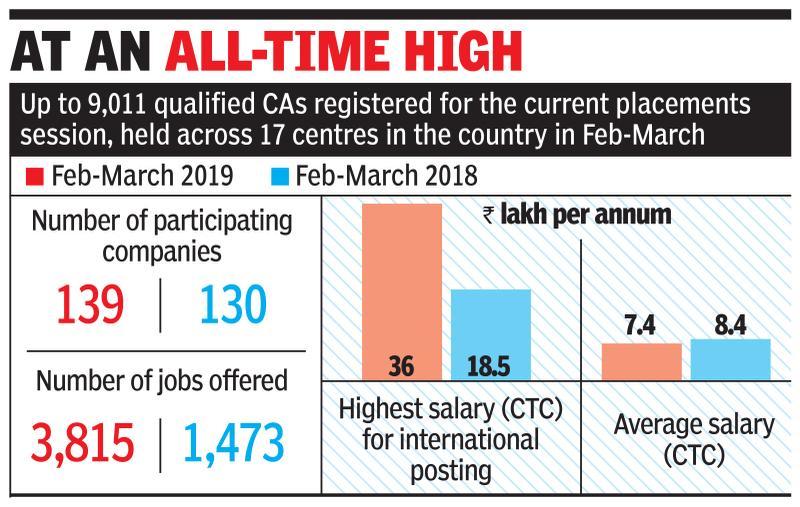 Out of the 3,180 CAs who accepted job offers, 730 received salary packages of over 9 lakh a year, and 55% landed offers in an annual pay bracket of Rs 7.5-9 lakh. However, average salary packages – at Rs 7.43 lakh – saw a marginal dip on the back of bulk recruitment by few companies.

As many as 139 companies across sectors visited the campus to hire CAs, compared to 130 companies who hired at the placements drive last year. A little over 57% of the CAs who appeared for the sessions were offered jobs, compared to 42% who won the offers last year. Traditionally, CAs land jobs in enterprises – both off-campus and through the ICAI’s placement drives. Up to 9,011 qualified CAs from across the country registered for the current placements session, which was held across 17 centers in the country. ICAI’s placements process first started in 1995 and around 30,000 CAs have entered the industry through this route during the years 2006 to 2018, ICAI said. As of July 2018, ICAI had more than 2,82,000 members CAs, with over 7,25,000 students pursuing the course.

Summer camps are requiring children get vaccinated amid measles fears –...

When to hit the road to avoid Thanksgiving traffic in and...

Bank of England rebuked over £5m in unchecked spending – BBC...

Greggs plans to release vegan versions of all top-selling products –...