Gemma Collins has revealed she was told to leave Dancing On Ice rehearsals because she was being “disruptive”.

The former TOWIE star, 38, shared a string of videos to her Instagram Stories on Thursday as she arrived back on the ice rink after enjoying a trip to a luxurious spa.

However, Gemma said she had to leave the rink as she was “disrupting” fellow contestant Saara Aalto’s rehearsal. 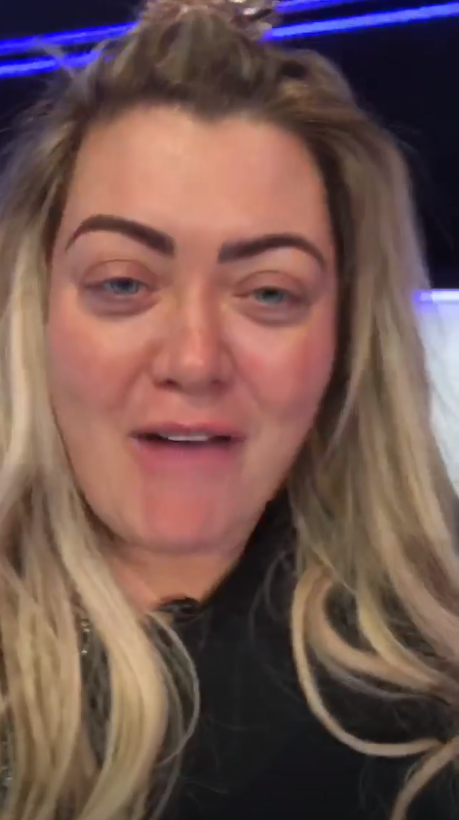 Gemma was told to leave the ice rink after she “disrupted” Saara’s rehearsal (Credit: Instagram @gemmacollins1)

She said: “So after a little treat at Champneys, I’m back on the ice!”

Gemma then spotted former Westlife singer Brian McFadden back on the ice after he suffered a back injury.

But it wasn’t long before Gemma was asked to leave the ice by pro skater Hamish Gaman as he was trying to rehearse with Saara.

Gemma was just happy to have Brian back! (Credit: Instagram @gemmacollins1)

She told her fans: “Prince of the Ice is telling me I’m being a disruption and that I’ve got to go,” as she moved the camera to Hamish on the ice.

Skating off the rink, Gemma said: “Sorry, Saara Aalto… I’m just so excited that Brian is back.”

Gemma then posted footage of herself and pro skater Matt Evers rehearsing on a smaller rink at the studios.

It comes after Matt revealed he and Gemma had a “heart to heart” after her confidence was knocked following her fall on the ice last month.

Prince of the Ice is telling me I’m being a disruption and that I’ve got to go.

Matt, 42, revealed to The Sun: “We had a heart to heart chat. We talked about what happened last Sunday, and at the end of the day she was absolutely terrified of skating after her fall the week before.

Gemma and Matt had a “heart to heart” about her confidence on the ice (Credit: ITV)

“Her knees were just black and blue. She needed a minute.”

Gemma was left with bad bruising on her legs after she fell face-first onto the ice and she admitted she was in “agony” for days afterwards.

Matt added: “Going forward she’s going to be more honest with me. She has moments when she is down. She was fearful and that came across in some of the performance last week.”

Earlier this week, Gemma shared a sneak peek of her upcoming routine and told her fans she’s “not giving up yet”.

She wrote: “Rough cut off working on Sunday’s routine @[email protected] @thedanwhiston you really helped me build my confidence today and I can’t thank you enough.

“Very rough cut but I’m not giving up yet and the PUBLIC SUPPORT is OVERWHELMING beyond belief. THANKYOU.”

Are you looking forward to Gemma’s performance? Leave us a comment on our Facebook page @EntertainmentDailyFix and let us know what you think.

Prince Harry: ‘There was no other option’ – Sky News

Is a Hard ‘Megxit’ the Start of the End For Harry and Meghan? | This Morning – This Morning

What Red Dead Redemption 2 On PC Is Like To Play...

Britons’ use of passive-aggressive language and sarcasm is LOST on Americans,...

Hong Kong hit by transport chaos ahead of city-wide strike –...

Will The Walking Dead correct this ongoing mistake in season 10?...

Lisa Vanderpump Claims She Was ‘Cut’ from the Rest of This...