A weekend opinion piece in the Financial Times

Recent economic data have shown further weakness in manufacturing sectors in most of the major economies, including Germany where growth is now negative.

Amid this generally sluggish global backdrop… the UK, where economic activity data have been plummeting as the next Brexit deadline approaches on October 31.

And there is plenty more. While none of it is new news the piece is a good summary of where the economy si at and the likely Bank of England response.

FT is gated, but if you can access it, link here.

This from the article , not good …

The latest nowcasts for the UK suggest that activity growth in the economy is already negative and predict that gross domestic product growth in both 2019 Q3 and Q4 will be below zero . . . 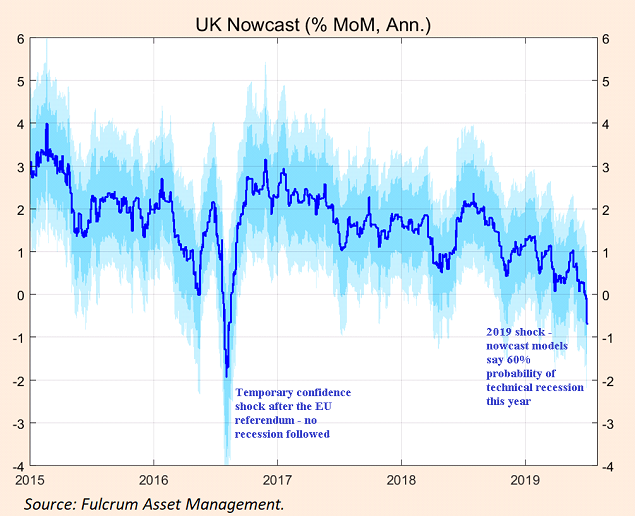