An attacker shot and killed at least six people and seriously injured two in a hospital waiting room, in the northeast Czech city of Ostrava on Tuesday.

The alleged gunman killed himself with a shot to the head, police said, having found the suspect dead in a car they had been looking for.

People were evacuated from the hospital and security has been increased across the country.

“It’s something we’re not used to in our country,” said Babis, a populist billionaire. “I absolutely don’t understand the motive of this young man.”

President Milos Zeman also sent in condolences. “I’m with you in my heart, I’m thinking of you in these tragic hours,” he said in a tweet sent out by his spokesman.

Shooting incidents are rare in the Czech Republic. The last major attack took place in February 2015, when a man killed eight people in a restaurant in Uherske Brod before turning the gun on himself.

That attack in the country’s east helped prompt efforts by populist politicians to challenge the EU’s efforts to place heavier restrictions on personal firearms. However, the European Court of Justice threw out the challenge earlier this month.

The shooting in Ostrava, a steel hub located about 300 kilometres (190 miles) east of Prague and 15km (nine miles) from the Polish border, was the worst shooting since the 2015 incident.

Hospital director Jiri Havrlant told a televised briefing that five victims died in the attack and one died in surgery. No medics were hurt, he said. 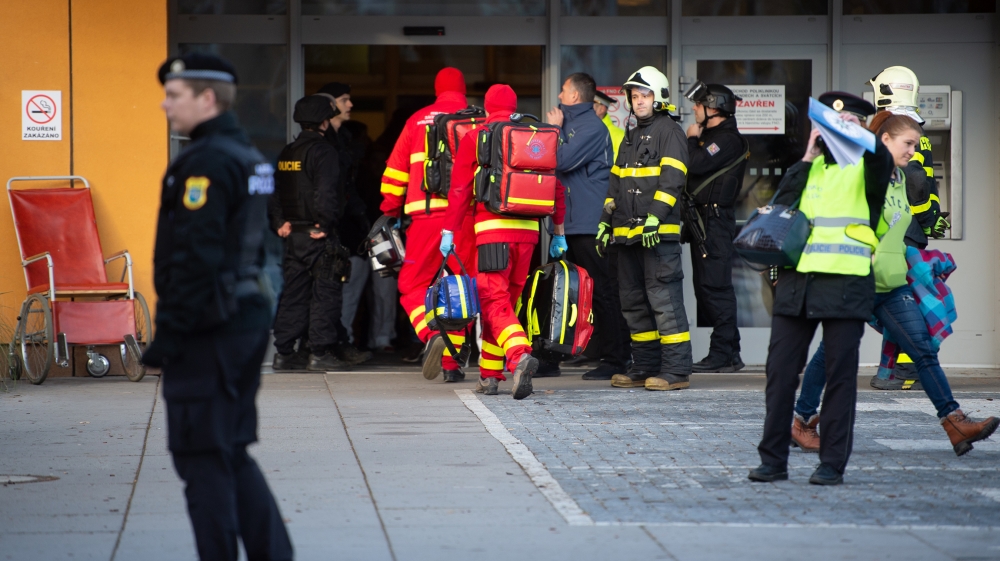 According to police, at least four people have been killed in a shooting at a hospital in Ostrava [Lukas Kabon/EPA-EFE]

It’s advantage Liberals going into 2019, with Conservatives needing a Trudeau...

Mary Poppins is drowned out at the box office by Aquaman...