Georgia Democrat Stacey Abrams admitted defeat in her effort to become the first black female U.S. governor on Friday, but said she planned to sue the state over voting problems and “gross mismanagement” of the election.

Abrams’ announcement effectively hands victory to Republican Brian Kemp in a bitter race that has drawn national attention both for her historic campaign and for Kemp’s role as the state’s top election administrator.

Abrams accused Kemp of using his position as Georgia Secretary of State to interfere with the vote — an allegation he has strongly denied.

“To watch an elected official who claims to represent the people in this state baldly pin his hopes for election on the suppression of the people’s democratic right to vote has been truly appalling,” Abrams told supporters in Atlanta.

“So let’s be clear: This is not a speech of concession, because concession means to acknowledge an action as right, true or proper,” she said.

State officials were expected to certify Kemp as the winner as soon as Friday night.

I humbly ask for citizens of our great state to stand with me in the days ahead. Together, we will realize the opportunities and tackle the challenges to come. We will be a state that puts hardworking Georgians – no matter their zip code or political preference – first! (3 of 3)

“The election is over and hardworking Georgians are ready to move forward,” Kemp said on Twitter. “We can no longer dwell on the divisive politics of the past but must focus on Georgia’s bright and promising future.”

Kemp, 55, resigned his post as Secretary of State after the Nov. 6 election and did not oversee the final ballot review.

Abrams, 44, had considered a court challenge to force a runoff, which is allowed by state law if neither candidate gets a majority of the vote. Initial results showed Kemp just over that threshold. 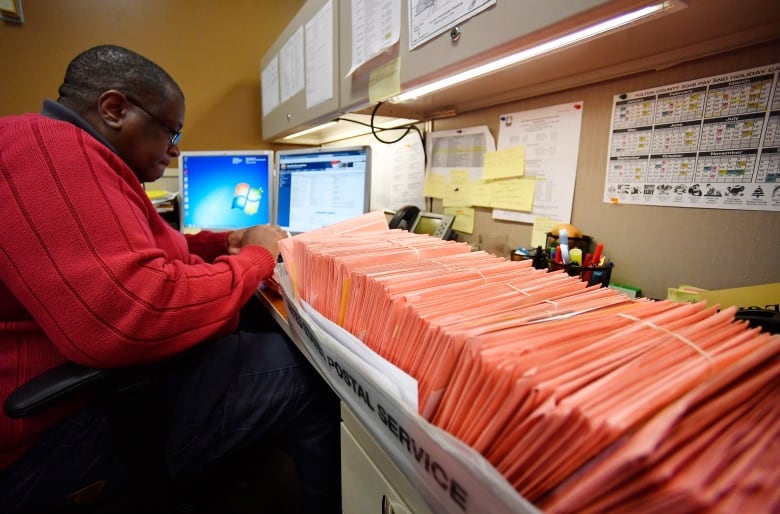 Instead, she said she would sue the state for what she called “gross mismanagement of this election” and to protect future elections. She said she would start a new organization, Fair Fight Georgia, to advocate for voting rights.

Voters in Georgia reported long lines at polling places as aging technology was swamped by the volume of people seeking to cast ballots. Prior to Election Day, groups had sued to prevent Kemp from throwing out more than 50,000 voter-registration forms that had been put on hold because personal information did not exactly match state databases. The lawsuit alleged that the “exact match” law disproportionately affected black voters.

Abrams’s announcement comes as several other races across the country remain unresolved.

In neighbouring Florida, election officials were slogging through a hand recount of ballots to determine who won a hard-fought U.S. Senate contest.

Outgoing Republican Gov. Rick Scott held a narrow lead over incumbent Democrat Bill Nelson after an electronic recount was completed on Thursday. Officials have until noon on Sunday to tally any votes missed by electronic voting machines. 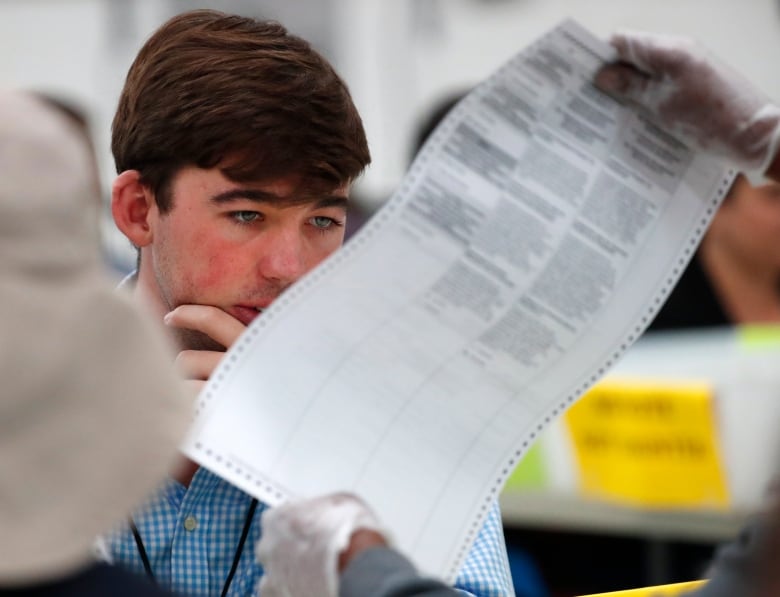 A Republican observer looks at a ballot during a hand recount on Friday at the Broward County Supervisor of Elections office in Lauderhill, Fla. (Wilfredo Lee/Associated Press)

Scott’s campaign has called on Nelson to drop out, saying it was mathematically impossible to make up the difference of about 12,600 votes, 0.15 per cent of the more than 8 million ballots cast. Nelson’s lawyer, Marc Elias, says he expects Scott’s lead to ultimately disappear as the recount continues.

In another tight Florida contest, Republican Ron DeSantis appeared to secure the governor’s seat over Democrat Andrew Gillum after the electronic recount showed DeSantis with a 0.4 percentage point lead, outside the threshold to trigger a hand recount. The state is scheduled to certify results on Tuesday.

Scenes of thousands of people across the state reviewing ballots brought back memories of Florida’s 2000 presidential recount, which ended only after the U.S. Supreme Court stepped in, effectively handing the presidency to Republican George W. Bush.

It has been an incredible honor to compete in this historic gubernatorial cycle with @staceyabrams and @BenJealous! Onward!!! pic.twitter.com/MkzN0YGc7Z

The result of the Nelson-Scott race will not change the balance of power in the Senate, where Republicans extended their lead in the Nov. 6 midterm vote, while Democrats took a majority in the House of Representatives.

Along with the unresolved Florida senate race, Republican Sen. Cindy Hyde-Smith of Mississippi is headed to a Nov. 27 runoff against Democrat Mike Espy after neither candidate secured a majority of the vote in a four-way race.

About 10 seats in the U.S. House of Representatives remain up in the air.

What has gone wrong at Mothercare? – BBC News

The problem with SADC’s ‘brotherly’ stance on Zimbabwe sanctions