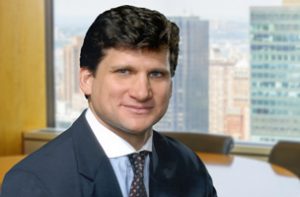 You’re probably starting to hear about the college admissions scandal rocking the 1 percent. In recently unsealed documents, 40 people have been charged in a $25 million college entrance exam cheating scandal which include actresses Felicity Huffman (of Desperate Housewives fame) and Lori Loughlin (of 90s nostalgia fest, Fuller House). The scheme had the rich who were worried about their children’s ability to get into elite colleges and universities like Stanford, Georgetown, and USC pay money to have their kids recruited as athletes (without them being athletes) or helping students cheat on admissions exams.

According to the indictment, Willkie Farr co-chair Gordon Caplan paid $75,000 to college coaches turned government cooperating witnesses for a scheme to have someone else take an admissions exam for his daughter. As part of the scheme, Caplan’s daughter would have to get an accommodation for an untimed exam — though there is no indication Caplan’s daughter actually had a learning difference to justify it — and then a professional test taker would swoop in and take the exam, getting her the scores necessary to get into her dream schools.

In a recorded conversation, a cooperating witness explained to Caplan how the scheme worked:

So here’s the first thing we need to do. And I think I mentioned this to your wife. We need to get your daughter tested for a learning difference. Here’s why. If she gets tested for a learning difference, and let’s say it’s my person that does it, or whoever you want to do it, I need that person to get her 100% extended time over multiple days. So what that means is, we’ll have to show that there’s some discrepancies in her learning, which there’s gotta be anyways. And if she gets 100%, Gordon, then, I own two schools. I can have her test at one of my schools, and I can guarantee her a score. If it’s ACT, I can guarantee her a score in the, in the 30s. And if it’s the SAT, I can guarantee her a score in the 1400s. Now, all of a sudden, her test score does not become an issue with all the colleges. Because she’s strong enough. Then, if we clean up her transcript, then her ability, with her athletic ability and her testing and her getting better at school, it’s much easier to get her into school, because you’re not fighting huge obstacles at the types of schools you’re talking about. Now, if we do that, there’s a financial consideration that you have to pay to the school to get it done, because this is absolutely unheard of, to make this happen. I can make scores happen, and nobody on the planet can get scores to happen. She won’t even know that it happened. It will happen as though, she will think that she’s really super smart, and she got lucky on a test, and you got a score now. There’s lots of ways to do this. I can do anything and everything, if you guys are amenable to doing it.

So Caplan’s daughter wouldn’t even know the helping hand she got to get into college. As the cooperating witness went on to explain to Caplan:

She doesn’t know. Nobody knows what happens. It happened, she feels great about herself. She got a test a score, and now you’re actually capable for help getting into a school. Because the test score’s no longer an issue. Does that make sense?

And though Caplan expressed a little hesitancy in contributing to upending the college entrance playing field in favor of his daughter, the prospect of his daughter getting into elite schools was enough to convince him:

CW-1: What happened is, all the wealthy families that figured out that if I get my kid tested and they get extended time, they can do better on the test. So most of these kids don’t even have issues, but they’re getting time. The playing field is not fair.

CAPLAN: No, it’s not. I mean this is, to be honest, it feels a little weird. But.

CAPLAN: Yeah, I will.

In a follow-up conversation between Caplan and the cooperating witness, Caplan expressed concerns over getting caught in the scheme. He even requested that his daughter did not score too well on the ACT, less the scheme become obvious:

CAPLAN: I, this is all a hope, right? What she– what we hope she can do.

CAPLAN: We hope she can get a 32 or pretty close thereto.

Caplan ultimately wired $75,000 to the cooperating witnesses as part of the scheme. Caplan has been charged with conspiracy to commit mail fraud and honest services fraud.

The allegations in the indictment are just an astonishing display of elitism and rule breaking. It’s like every hard-working poor kid’s worst dream — not only do they have to beat an educational system that is slanted against them, but rich parents are able to throw money at illegal schemes to get their kids into the best colleges, all with the kid under the illusion they really deserved the place they got.

We reached out to Willkie Farr for comment, but have not received a response as yet.

Read the full indictment below. Paragraphs 46-58 are about Caplan.

Kathryn Rubino is a Senior Editor at Above the Law, and host of The Jabot podcast. AtL tipsters are the best, so please connect with her. Feel free to email her with any tips, questions, or comments and follow her on Twitter (@Kathryn1).

Panch, Sarpanch in J&K to get security, insurance coverag

Fresh anti-Bouteflika protests in Algeria as allies turn on him