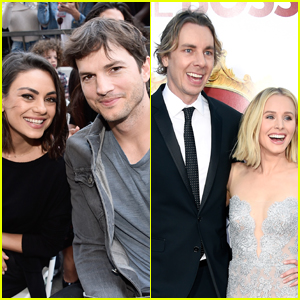 Dax Shepard and Kristen Bell got the best Christmas gift ever from their close pals Ashton Kutcher and Mila Kunis!

Dax took to Instagram on Friday (December 14) to share a photo of himself and Ashton holding up a shower curtain with a giant photo of Ashton and Mila‘s faces on it.

“What a generous Christmas gift from the Kunis-Kutcher family,” Dax captioned the shot. “A beautiful shower curtain for the attic(t) bathroom!”

The shower curtain has been an inside joke between the couples. Ashton and Mila have both been on Dax‘s podcast – Armchair Expert – which is recorded in an attic above his garage. In the attic, there is a bathroom which does not have a door, but that didn’t stop Mila from using it.

Ashton and Dax have been close friends since starring together on MTV’s 2003 series Punk’d. Mila and Kristen have also co-starred together in Bad Moms and A Bad Moms Christmas over the last few year.

Check out the gift below!

Shell’s exit from US refining lobby a first — and a...

I’m A Celeb camp-mates’ furious reactions behind the scenes to first...