United States congresswomen Rashida Tlaib and Ilhan Omar have called Israel’s decision to bar them from entering the country before a planned visit to the occupied West Bank “a sign of weakness” and “an insult to democratic values”.

Tlaib, a 43-year-old Democrat of Palestinian heritage, reacted to the decision by posting a picture on Twitter of her grandmother who lives in the West Bank village of Beit Ur al-Fauqa, accompanied with the message: “I am who I am because of her.

“The decision by Israel to bar her granddaughter, a US Congresswoman, is a sign of weakness because the truth of what is happening to Palestinians is frightening.”

For her part, Omar called Israel’s decision “chilling”, adding, however, that it came as no surprise given the policies of Israeli Prime Minister Benjamin Netanyahu, a close ally of US President Donald Trump who earlier on Thursday had called Israel to not let his two compatriots and congresswomen in.

This woman right here is my sity. She deserves to live in peace & with human dignity. I am who I am because of her. The decision by Israel to bar her granddaughter, a U.S. Congresswoman, is a sign of weakness b/c the truth of what is happening to Palestinians is frightening. pic.twitter.com/GGcFLiH9N3

“It is an affront that Israeli Prime Minister Netanyahu, under pressure from President Trump, would deny entry to representatives of the US government. Trump’s Muslim ban is what Israel is implementing, this time against two duly elected Members of Congress,” Omar said in a statement, referring to the president’s efforts to prevent people from several Muslim-majority countries from entering the United States.

“Sadly, this is not a surprise given the public positions of Prime Minister Netanyahu, who has consistently resisted peace efforts, restricted the freedom of movement of Palestinians, limited public knowledge of the brutal realities of the occupation and aligned himself with Islamophobes like Donald Trump.”

Earlier on Thursday, Trump had attacked the congresswomen, alleging that they “hate Israel & all Jewish people, & there is nothing that can be said or done to change their minds”.

“It would show great weakness” for Israel to allow them in, he wrote on Twitter, renewing his attacks against the two Democrat politicians.

Last month, the Republican president had again targeted Omar, Tlaib and two other Democratic congresswomen of colour with racist attacks, saying the four politicians should “go back” to where they came from.

In response, a defiant Omar said she believed Trump was “fascist”.

“I want to remind people that this is what this president and his supporters have turned our country that is supposed to be a country that we allow democratic debate and dissent to take place,” she told reporters last month.

“So this is not about me, this about us fighting for what this country truly should be.” 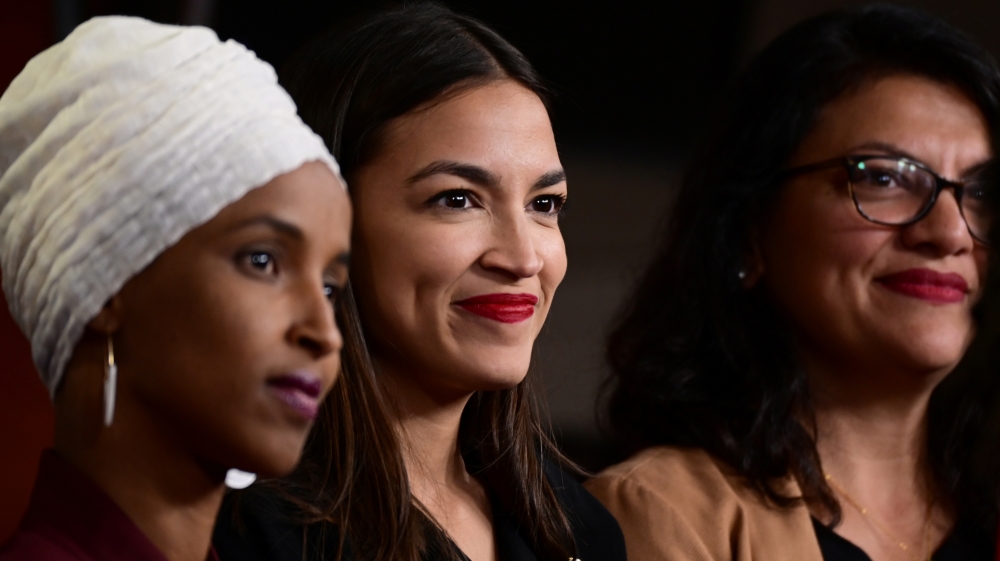 US President Donald Trump targeted Omar, Tlaib and two other Democratic congresswomen of colour with racist attacks, saying the four politicians should “go back” to where they came from. [File: Erin Scott/Reuters]

In justifying the Israeli government’s decision, Israeli Interior Minister Aryeh Deri said the decision to not allow Tlaib and Omar to enter was taken because of “their boycott activities against Israel”.

Tlaib and Omar have voiced support for the pro-Palestinian Boycott, Divestment, Sanctions (BDS) movement, which seeks to use non-violent means to pressure Israel to end its occupation of the Palestinian territories, dismantle the separation wall, ensure equality for its Palestinian citizens and implement the right of Palestinian refugees to return to their lands.

Under Israeli law, BDS backers can be denied entry to Israel. Tlaib and Omar have repeatedly said their criticisms of Israel’s government are based on policy differences and are not directed at Jewish people.

The BDS movement denounced Israel’s move on Thursday as “McCarthyite”.

Israel’s decision was also condemned by advocacy groups and politicians, including several Democrats seeking to become the party’s presidential candidates in next year’s election.

“I don’t believe any nation should deny entry to elected Members of Congress, period,” Kamala Harris, a US Senator and presidential hopeful, said in a tweet. “Trump is playing politics as he weakens our global leadership.”

US House Speaker Nancy Pelosi condemned the move in a statement, saying she was “deeply saddened”.

Echoing Pelosi, US Senator Bernie Sanders said in a tweet: “Banning Congresswomen Omar and Tlaib from entering Israel and Palestine is a sign of enormous disrespect to these elected leaders, to the United States Congress, and to the principles of democracy.”

“The Israeli government should reverse this decision and allow them in,” he added.

The reaction by the Democrats came as the US Campaign for Palestinian Rights urged Congress to demand Tlaib and Omar be allowed to visit the occupied West Bank. 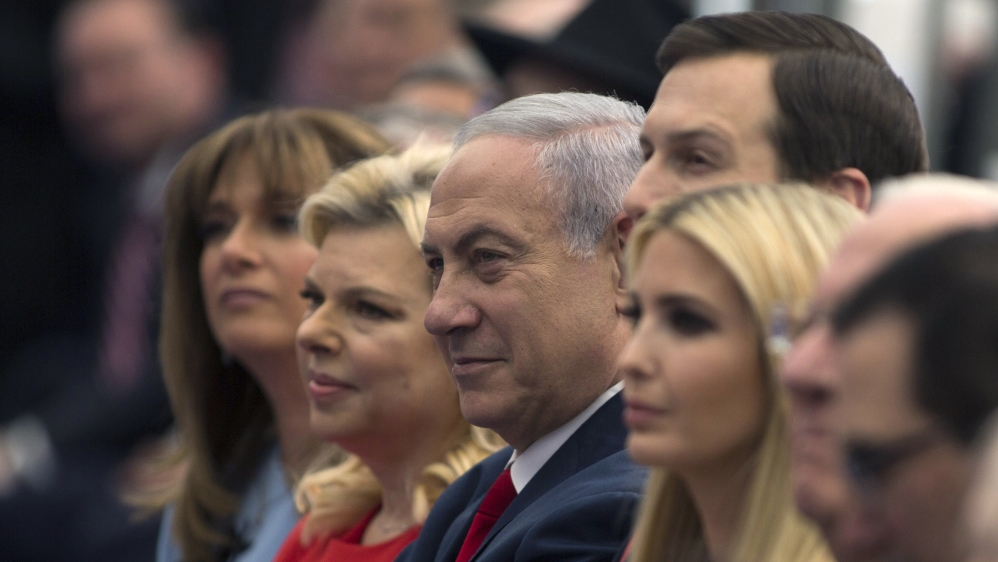 Miftah, the Palestinian group cosponsoring the trip, described the decision as “an assault on the Palestinian people’s right to reach out to decision-makers and other actors from around the world.”

“Like all prolific human rights abusers, Israel wants to impose a blackout on the reality in occupied Palestine and prevent Congresswomen Tlaib, Omar from having direct contact with the Palestinian people, who are subject to Israel’s cruel regime of colonisation, oppression, and land grab,” it said.

“This ban is a clear case of discrimination and hostility based on political views and ethnic background, deserving of moral indignation and unequivocal condemnation in Palestine and the United States.”

Mustafa Barghouti, general-secretary of the Palestinian National Initiative, said Israel’s behaviour shows that “they are afraid that these two congresswomen will expose to the world the horrible violations of human rights that are conducted against the Palestinian people.”

“We disagree with Reps. Omar and Tlaib’s support for the anti-Israeli and anti-peace BDS movement, along with Rep. Tlaib’s calls for a one-state solution,” AIPAC said in a tweet.

“We also believe every member of Congress should be able to visit and experience our democratic ally Israel firsthand.”

Meanwhile, Trump followed up his initial tweet with another to say: “Representatives Omar and Tlaib are the face of the Democrat Party, and they hate Israel!”

US ambassador to Israel David Friedman supported Tel Aviv’s decision in a statement, saying that the “Israel properly has enacted laws to bar entry of BDS activists … [and that it] has every right to protect its borders against those activists in the same manner as it would bar entrants with more conventional weapons,” he said, adding that the planned visit “is nothing more than an effort to fuel the BDS engine.”

Burundi to give outgoing presidents luxury villa, over $500,000

Bow Wow Arrested in Atlanta on Battery Charge After Altercation With...

The ‘Strictly’ backlash against ‘trained dancers’ begins – and even a...

Ukraine unsure of alliances amid US impeachment inquiry