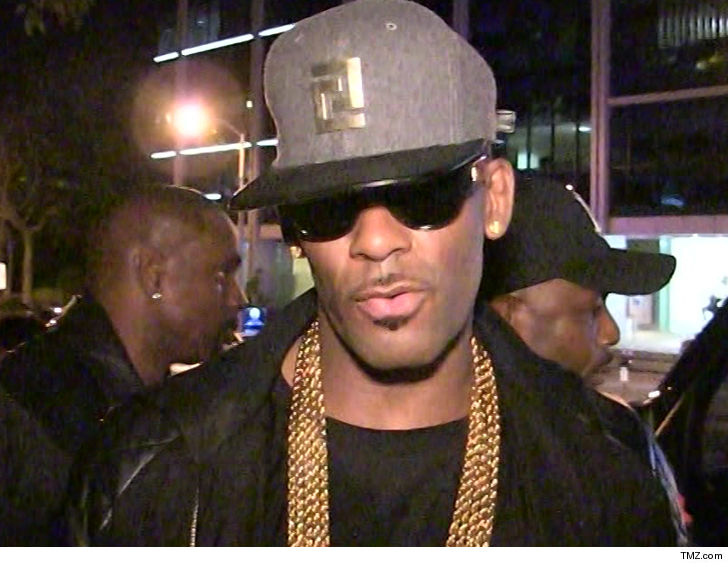 6:44 PM PT — R. Kelly’s attorney, Steven Greenberg tells TMZ … “I am unaware of any ‘special’ grand jury being convened to look into R. Kelly. There is no record of any such proceedings, and no need for them. The report is false.”

A grand jury has been convened to hear evidence against R. Kelly in the wake of a new sex tape that reportedly shows him having sex with a 14-year-old girl — and some of his alleged former victims might’ve been the reason a jury was formed so swiftly.

Sources connected with the Cook County State Attorney’s investigation tell us a number of women who claim to be victims of R. Kelly were recently flown out to Chicago to watch the sex tape Michael Avenatti handed over to prosecutors.

Avenatti says the tape clearly shows R. Kelly having explicit sex with the girl. CNN — which saw the tape — described lurid details, including R. Kelly allegedly urinating on the minor.

Our sources say that these women — some of whom have never surfaced — were brought in to watch the new tape to see if anything looks familiar … including the setting, surroundings, location and, of course, the identity of the 14-year-old.

The tape, and possible witnesses who can contextualize the video, may be enough for a grand jury to indict.

Tech cold war: how Trump’s assault on Huawei is forcing the...

McConnell says Pelosi ‘not in a position to be lecturing us’...

Liam Payne thanks girlfriend for bringing back his happiness after split...