The only remaining hockey player still in the hospital after the Humboldt Broncos bus crash has been released.

Nearly 11 months ago, Morgan Gobeil suffered a serious head injury in the crash. Over the course of 333 days in Saskatoon City Hospital, the 19-year-old has undergone numerous surgeries and hours of physical, occupational, and speech therapy. Gobeil still can’t walk or talk, but the family says it remains “hopeful that those will be the kind of milestones we will someday be able to celebrate.”

Gobeil was one of 13 hockey players injured when the Humboldt Broncos team bus collided with a semi truck on April 6, 2018 on their way to a play off game. Sixteen members of the team were killed.

The semi truck driver, Jaskirat Singh Sidhu, admitted that he went through a stop sign and pleaded guilty to 29 counts of dangerous driving. He will be sentenced on March 22.

The Gobeil family released a statement on Monday through the Saskatchewan Health Authority to mark the teen’s release. The family declined interviews and requested privacy.

“During his time at the hospital, Morgan has celebrated his high school graduation, his brother’s wedding, his 19th birthday, several holidays and he has witnessed the change of all four seasons,” the family said.

The Gobeils expressed their appreciation to the hospital’s Rehabilitation Unit staff for their care and compassion.

A long and challenging road

Gobeil will now receive outpatient therapy at Saskatoon City Hospital, as well as help from other therapists that the family has sought out in the city.

At the sentencing hearing for the truck driver, Gobeil’s mother, Pam, submitted a victim impact statement. She said that both she and her husband, Lonnie, spent every day at the hospital to help with his rehabilitation. The couple had no income, and Pam said their critical care insurance ran out in September. 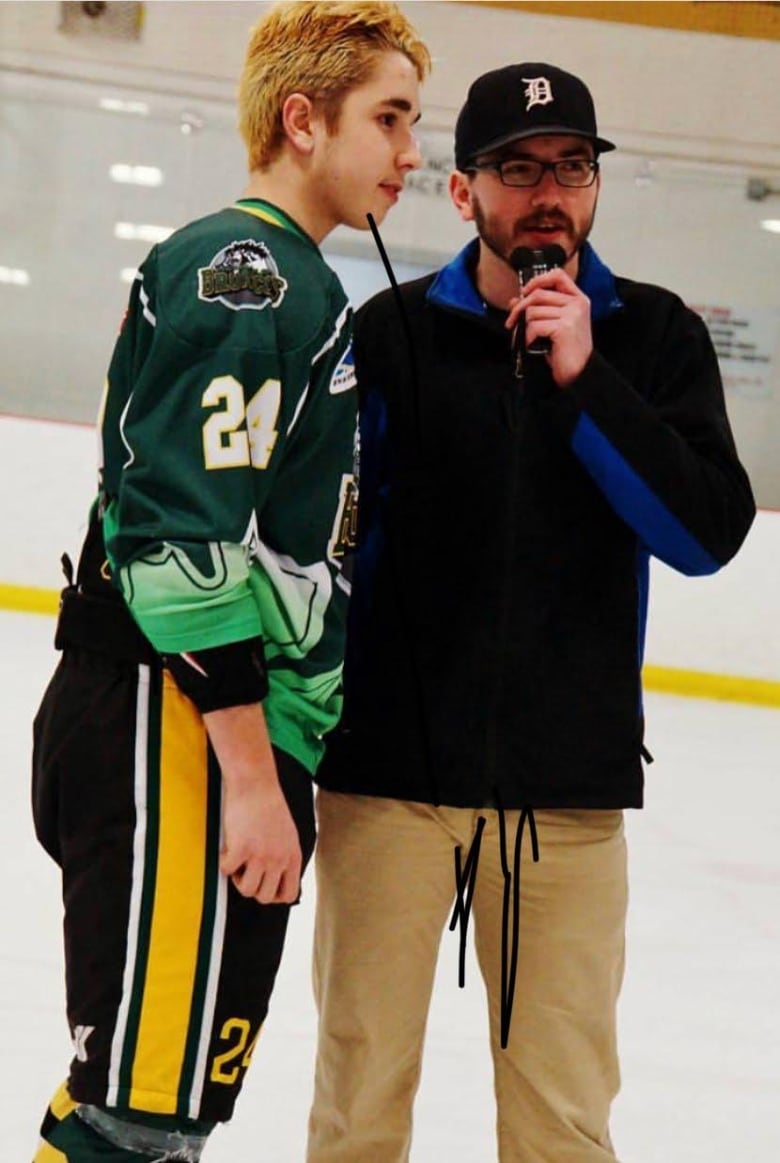 Humboldt Broncos player Morgan Gobeil is interviewed after a game by Tyler Bieber, a radio broadcaster who was killed in the bus crash. (Melanie Gray)

“There has yet to be a day where I don’t feel anxious or sad or angry or worried or all of them at the same time,” Pam told the court.

In Monday’s statement, the family expressed gratitude for all the support they have received from family, friends, Morgan’s teammates and their families, and the community.

“The road is long and challenging, but we are confident Morgan’s work ethic and determination will be the cornerstone of his recovery!”

McConnell warns against witnesses in pitch for quick trial resolution

CDC Issues Warning About ‘Crypto’, A Parasite That Survives In Pools...