Four people were killed and 15 others injured after a shooting on Sunday at an annual food festival in Northern California.

Gilroy Police Scot Smithee said that the gunman was among the dead and authorities are still looking for a second suspect.

“This is incredibly hard and disheartening,” Smithee said in a press conference early Monday morning in California.

The incident took place about 5:40 pm local time on Sunday (around 0040 GMT on Monday).

“I want to express my extreme shock and sadness for what happened today,” he said. “This is a tragic and senseless crime.”

Witnesses reported confusion and panic as shots rang out at the festival in the city of 50,000 located about 176km southeast of San Francisco.

The shooting occurred during the annual garlic festival, a three-day celebration featuring food, cooking competitions and music that attracts more than 100,000 people. Sunday was the final day of this year’s event. 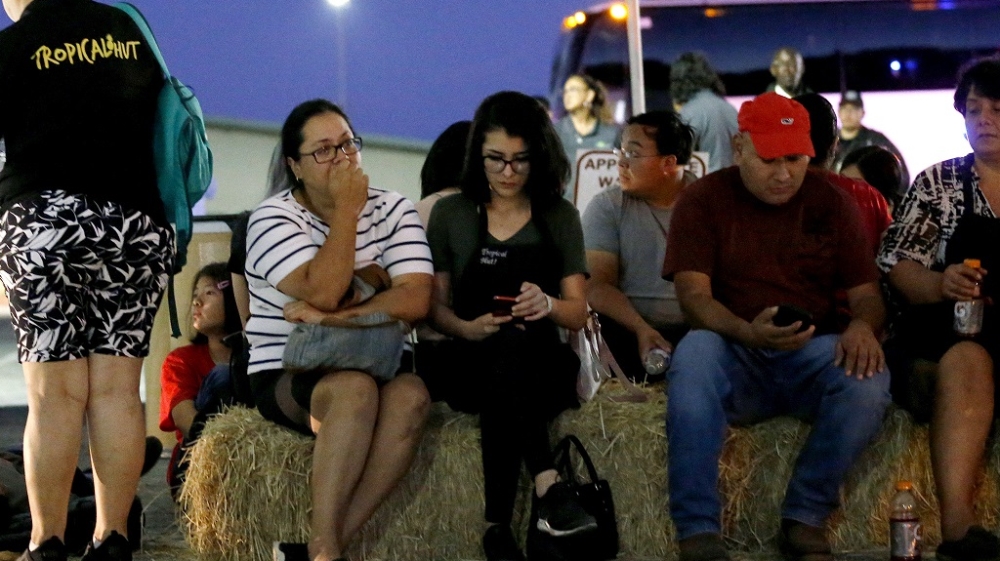 Earlier, a spokeswoman for Stanford Medical Center said they have two patients there being treated from the shooting. Julie Greicius said she has no details on their injuries or conditions.

Meanwhile, President Donald Trump sent a tweet saying: “Law Enforcement is at the scene of shootings in Gilroy, California. Reports are that shooter has not yet been apprehended. Be careful and safe!”

NBC Bay Area reported that ambulance crews were told that several people “were down” after shots rang out at the location of the Gilroy Garlic Festival.

#BREAKING UPDATE: Ambulance crews were told 11 people down in a reported shooting at the Gilroy Garlic Festival. https://t.co/ufzR4VllUL pic.twitter.com/giApm5t2bX

Evenny Reyes of Gilroy, 13, told a local newspaper that she spent the day at the festival with her friends and relatives.

“We were just leaving and we saw a guy with a bandana wrapped around his leg because he got shot. And there were people on the ground, crying,” Reyes said. “There was a little kid hurt on the ground. People were throwing tables and cutting fences to get out.”

Reyes said that she did not run at first because the gunshots sounded like fireworks.

“It started going for five minutes, maybe three. It was like the movies — everyone was crying, people were screaming.”

Videos posted on social media appeared to show festival attendees scattering in confusion as at least one loud popping sound could be heard in the background.

“What’s going on?” a woman can be heard asking on one video. “Who’d shoot up a garlic festival?”

It says it is hosted by volunteers and describes itself as the world’s greatest summer food festival.

In pictures: Protesters attack US embassy in Iraq – CNN

Carolyn Hax: I want this job but would have to leave...

Is Lebanon on the brink of bankruptcy?